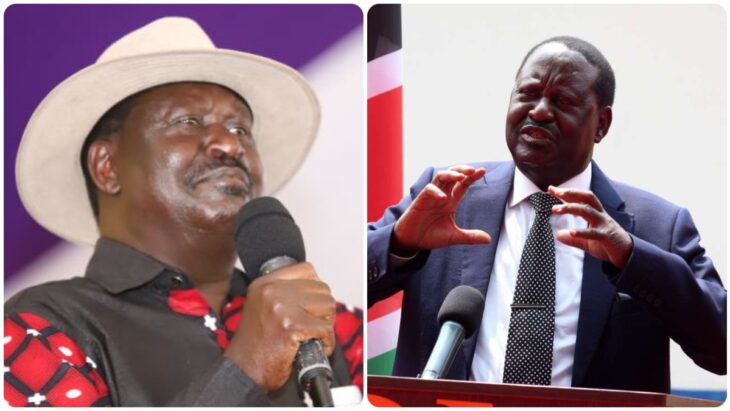 Former Prime Minister Raila Odinga has dismissed claims that he is too old to lead the country even as the race to the house on the hills gains momentum.

Former Prime Minister Raila Odinga has dismissed claims he is too old to lead the country even as the race to the house on the hills gains momentum.

Speaking in Homa Bay and Kisii Counties on Monday, August 2, the ODM leader said he has a lot of energy to marshal votes across the country.

“Some people say Raila is already old and can easily be wrestled down in a battle. Am I old?” posed Raila.

In what appeared to be a dig at Deputy President William Ruto’s allies who claimed that Raila Odinga cannot get a share of the vote-rich Mt Kenya region, Odinga said he has all that it takes to climb the mountain.

“It is unfortunate that some people are saying Raila is too old to climb Mt Kenya in the quest for votes. What they don’t know is that I have a lot of energy and with strong donkeys for climbing the mountain,” said Raila.

The 76-year-old presidential hopeful who has already shown interest in succeeding President Uhuru Kenyatta further announced plans for a series of meetings across the country starting Friday to chart the way forward.

He said the first meeting in Sikri town in Homa Bay County will host 100 delegates from the six counties of the Nyanza region where a major declaration on the region will be made.

“We will make a major declaration pertaining to the Nyanza region,” the former Prime Minister said noting that similar meetings will be replicated in other regions.

In his latest media interview, the opposition leader downplayed accusations that he just had one bullet left in his political arsenal.

To further counter DP Ruto’s Bottom-up economic approach which has gained support, the ODM leader said he will team up with other parties to form a formidable coalition to wrestle with DP Ruto.