Kiraitu Murungi: No one will win election on Jubilee ticket in 2022 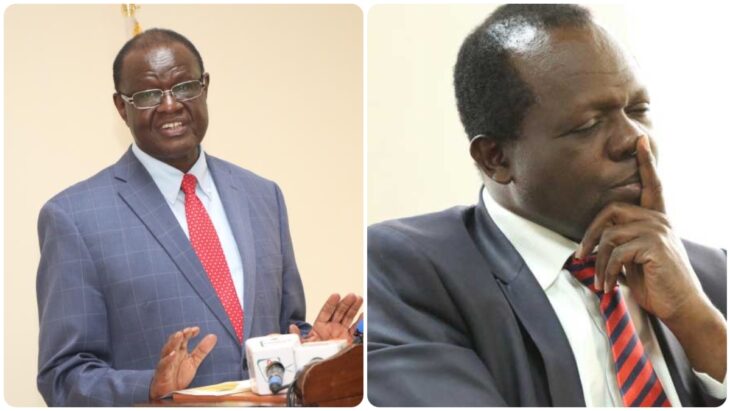 Meru Governor Kiraitu Murungi has warned politicians seeking elective posts in the 2022 General Election from contesting on a Jubilee ticket.

Meru Governor Kiraitu Murungi has warned politicians seeking elective posts in the 2022 General Election against contesting on a Jubilee ticket, unlesss they do not want to win.

He said this a day after a section of Jubilee members announced that the Jubilee party has commenced plans to kick out disloyal grass-root leaders as part of its restructuring plans aimed at restoring Jubilee’s lost glory.

But speaking on Tuesday, August 3, during the flagging off of water tanks in Meru the Jubilee governor warned that active politicians seeking elective positions on Jubilee ticket have their goose cooked already.

“It will be a very weak party come 2022. If you want to lose the elections, contest on a Jubilee ticket,” he said.

Jubilee, the once most popular party which President Uhuru Kenyatta and his Deputy William Ruto used to win the 2017 General Election has been losing its charm to rival parties.

Political analysts believe the party’s declining popularity has been fuelled by the party’s failure to win by-elections, especially in its strongholds.

Due to its dwindling fortunes, the party has lost some valuable players to rival outfits including UDA, a political party heavily associated with DP Ruto.

Senior counsel Ahmednasir Abdullahi recently said that the Jubilee party, an outfit that was once popular among many Kenyans is technically dead.

He said after the crucial 2022 General Election, the Jubilee party could likely lose its fame and become just a small party like many other struggling parties.

“I think after 2022, Jubilee party will go just like other parties went. It may be a small party with a few MCAs, one or two MPs and one-woman representative,” he said in a recent TV interview.

Muranga Woman Representative Sabina Chege yesterday admitted that the ruling outfit has some weaknesses and that the party has begun a process of dealing with moles.

“We have noticed that our party has some weaknesses. Those spoiling our good name and those known to use insults, let them know that we will soon begin operation fagia jubilee,” she said.