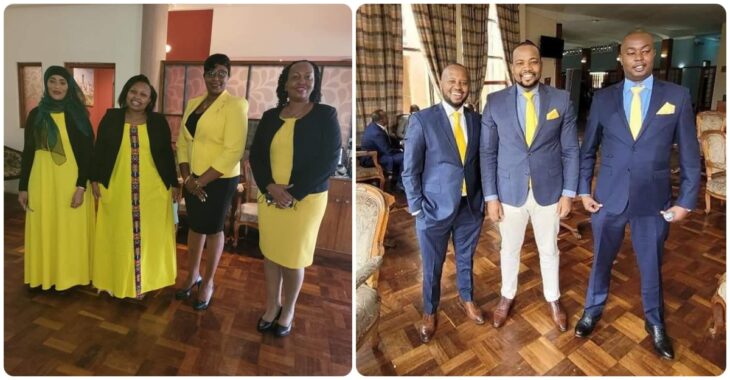 In the photos seen by Kivumbi.co.ke, the legislators were led by Garissa MP Aden Duale and his Malindi counterpart Aisha Jumwa as well as nominated Senator Millicent Omanga.

UDA has been causing waves, thanks to the political genius of Deputy President William Ruto who appears to have mastered the art of playing politics in Kenya.

A few months away from the next General Election, the party has been receiving politicians who defect from other parties, underlining its growing popularity.

“After attending over 40 meetings with wananchi on the ground, I have discovered what the people want. As a wise woman, I am saying William Samoei Ruto is the best bet for the presidency. Do not waste your votes on nonstarters let us support Ruto,” said Cate Waruguru.

Her exit to UDA happened barely a month after Kiambu Women Representative Gathoni Wa Muchomba switched her allegiance too.

The outfit which DP Ruto said he will use to contest for the presidency in the 2022 General Election should Jubilee party deny him a chance has won three of the by-elections held this year, signalling how popular the party has become.

The fast growth of UDA party has seen many parties struggle to put their houses in order as it appears the 2022 General Election shall be extremely competitive.