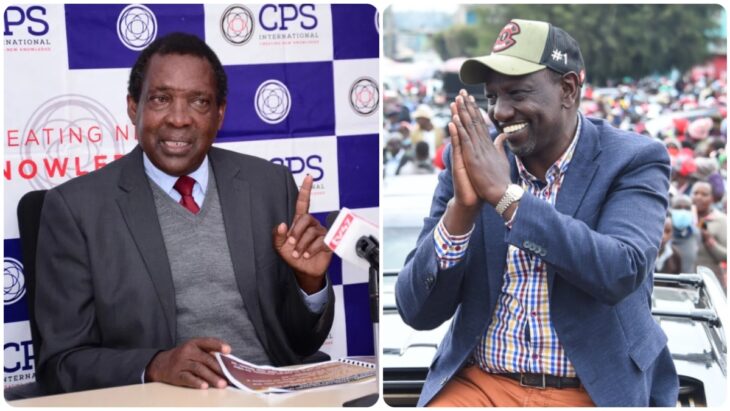 In his latest interview with Citizen TV, Manyora said DP Ruto should be afraid because he seems to be provoking someone who doesn’t seem moved.

“If I were (Deputy President William) Ruto I would be very worried, I would have been very afraid about this Uhuru man who doesn’t seem moved,

“If the person who is supposed to crush you or do stuff to you does not seem bothered, you need to think behind that silence,” Manyora said.

According to the University of Nairobi don, President Uhuru Kenyatta is a political master player whose game will be revealed in the fullness of time.

“I think Uhuru Kenyatta is a master player…I think he is on top of this game, and in the fullness of time, we shall see,” he added.

Manyora who recently said that William Ruto could easily win the presidential race if elections are held now further argued that the Head of State will easily unite the opposition chiefs despite the ongoing conflict among them.

The relationship between Ruto and his boss has been frosty since the famous March 2018 Handshake between President Uhuru and the ODM leader Raila Odinga.

The second in command has on several occasions publicly pointed an accusing finger at his boss.

Their shaky relationship escalated earlier this month when Ruto was blocked from flying to Uganda.

Following William Ruto’s aborted trip to Uganda, his camp was seen throwing insults at President Uhuru, accusing him of conspiracy the plot, saying it was politically motivated.

On Thursday, August 5, Ruto directly confronted his boss President Uhuru Kenyatta linking him to the failures of the Jubilee government in the last four years.

However, despite all these, the President has remained cool and has not retaliated to DP Ruto’s accusations.