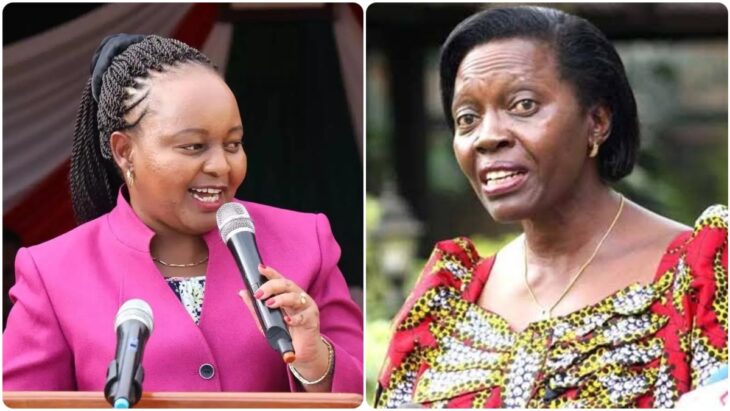 In an interview with a local TV station on Monday, August 16, Karua said although she still hopes to run for the presidency in the near future, she is currently aiming for the Kirinyaga gubernatorial seat.

“I am not done with Presidency and one day I will run again for the seat but for now my calling is to serve Kirinyaga because of the problems I have seen the people face like lack of drugs in hospitals,” she said.

Karua’s declaration comes barely days after Kirinyaga Woman Representative Purity Ngirichi also announced that she will be vying for the same seat.

Governor Ann Waiguru who recently ruled out media reports that she will be Fred Matiang’I’s presidential running mate said she will be defending her governor seat.

This will make the race for the Kirinyaga county gubernatorial seat very interesting to watch as all three women have money and political connections.

The three will battle it out with among others, the first governor who Waiguru trounced in the 2017 polls Joseph Ndathi, Interior Ministry PS Karanja Kibicho, and Deputy Governor Peter Ndambiri.

“We commit to working together on issues affecting our region and nation. This initiative in the next three months will culminate into the ‘Limuru 3’ conference where we can be able to make resolutions on how to conduct our affairs,” said Karua.

Karua ran for Kirinyaga governorship in the 2017 General Election and after the electoral commission declared Waiguru the winner, Karua went to court to challenge Waiguru’s victory but the court ruled in favor of Ann Waiguru.