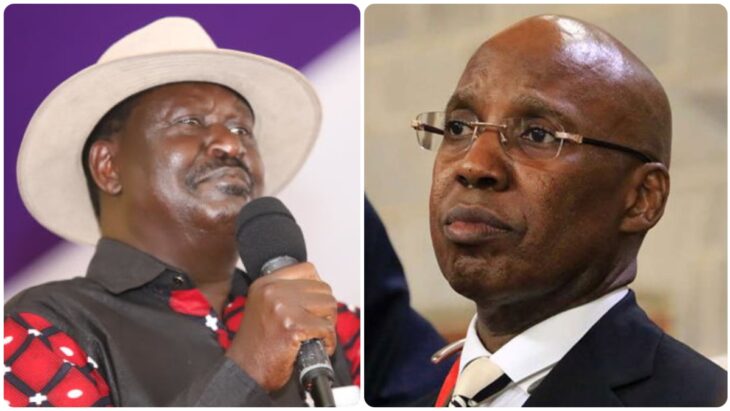 Businessman Jimi Wanjigi’s actions to make crucial decisions in ODM is causing concern within the party.

On Wednesday, August 18, Wanjigi was blocked by police officers from opening a party office in Murang’a, an action even his party appears to be against.

According to Murang’a police boss Alex Shikondi, Wanjigi’s team had issued them a notice on their plan, but were advised to follow the necessary procedure.

Speaking to the Standard, ODM chairman John Mbadi said that Wanjigi’s actions are a concern to the party, since he did not follow the right procedures, and there is an existing office in Murang’a.

John Mbadi said that Jimi Wanjigi did not consult the ODM party leadership before pulling the move.

“We have a procedure of opening party offices, and we have made formal communication that all ODM party offices must be directly under the guidance of the secretariat since ODM is a party,” he said.

Before Jimi Wanjigi’s actions in Muranga’a he had opened another office in Matasya, Kajiado County.

While opening the new party office, Jimi Wanjigi said that it was time to make changes to the ODM leadership.

The move by Jimi Wanjigi was condemned by ODM grassroots leaders from Kiambu County, terming it as a way of orchestrating a coup within the party.

The leaders welcomed Wanjigi’s actions to make changes in party leadership but asked him to follow the right procedure.

“We would very much like to cooperate with him but we ask him to obey the rules of the party in accordance with the ODM constitution,” said Charles Mbugua, ODM Secretary General Kiambu County.

Wanjigi’s move to take over the ODM party comes after the launch of his presidential bid.

While declaring his 2022 presidential candidature, Jimi Wanjigi vowed to vie on an ODM ticket, saying he has supported Raila Odinnga for way too long.