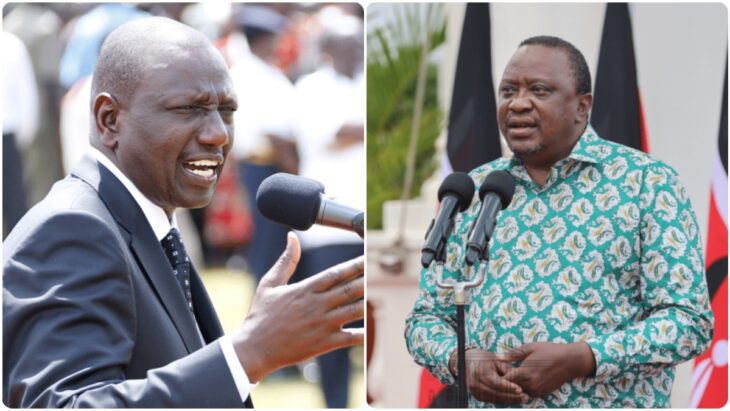 Kenya’s Deputy President William Ruto has taken to social media to celebrate the Court of Appeal decision to uphold the High Court’s BBI bill judgment which declared the plan to amend Kenya’s constitution as illegal, null, and void.

Ruto said God has come through for Kenyans and saved the country from a clique of powerful individuals who were out to destroy the country’s constitution.

The highly anticipated judgment will be a big win for the deputy president who was known for being against the plan to amend Kenya’s constitution through the Building Bridges Initiative (BBI) from the get-go.

“God, our heavenly father has come through for Kenya and stopped the coalition of the known, the mighty, and the powerful from destroying our constitution,

“Our God, help the alliance of the unknown, the jobless, the hustlers & struggling farmers to now engineer our economy from bottom-up,” said William Ruto in a tweet.

In a majority decision, the Court of Appeal judges headed by Daniel Musinga shredded the BBI process, declaring several stages and actions by promoters of the bill as unconstitutional.

For instance, all judges agreed that the President of Kenya does not have any mandate to initiate any changes to the constitution.

“A permanent injunction is hereby issued barring IEBC from conducting a referendum on the constitutional amendment bill 2020,” the judges said.

Justice Patrick Kiage on the other hand said an amendment aimed at altering the core of the constitutional charter is just but a dismemberment and as such it is unconstitutional.

“An amendment that radically alters the core and ethos and principles of the constitution charter is not an amendment but a dismemberment and is deemed unconstitutional,” he said.

Raila Odinga, one of the main proponents of the BBI BIll has already conceded defeat and said it is time to move on.

This comes barely a day after he said should the Court of Appeal decision go against him and other proponents of the pla to amend the constitution, he would not proceed to the highest court on the land -Supreme Court.

President Uhuru, Raila hit out at Ruto in a meeting with pro-handshake MPs