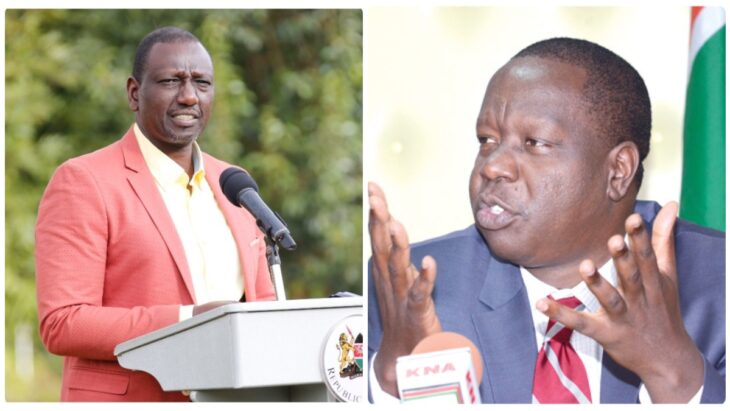 Interior Ministry has embarked on a plan to reduce the deputy president’s security team amid heated debate following a controversial reshuffle in William Ruto’s security detail.

If enacted, the new law will cap the number of police officers attached to the holder of the office of Kenya’s deputy president at 30.

Matiang’i argued that the deployment of bodyguards should be regulated by the law to avoid the abuse of discretion that has seen some public officers allocated more officers than they deserve.

According to Matiang’i, the new law will also affect Members of Parliament and other individuals the state recognises as Very Important Persons (VIPs) with the deputy president being the hardest hit in the new proposed amendments.

The Ministry also wants the bodyguards to Cabinet Secretaries and parliamentary leaderships capped at four police officers with MPs and constitutional office holders getting one police officer each.

While appearing before the committee to brief the legislators on the controversial security changes to DP Ruto to which the Inspector General of police Hillary Mutyambai effected last week, Matiang’i said William Ruto was misusing the guards assigned to him yet the country is facing a serious security challenge.

He accused the former Agriculture Minister of redeploying the elite General Service Unit (GSU) officers to guard people he termed as criminals.

The CS revealed that the deputy president had allocated four of his elite GSU officers to Malindi Member of Parliament Aisha Jumwa and her Kapseret counterpart Oscar Sudi, something that prompted the ministry to reshuffle his security team.

“This is what forced the government to rearrange the security detail in the DP’s residences which saw officers from the General Service Unit taken away and replaced with officers from the critical Infrastructure and Vital Installation Unit of the Administration Police Service.”