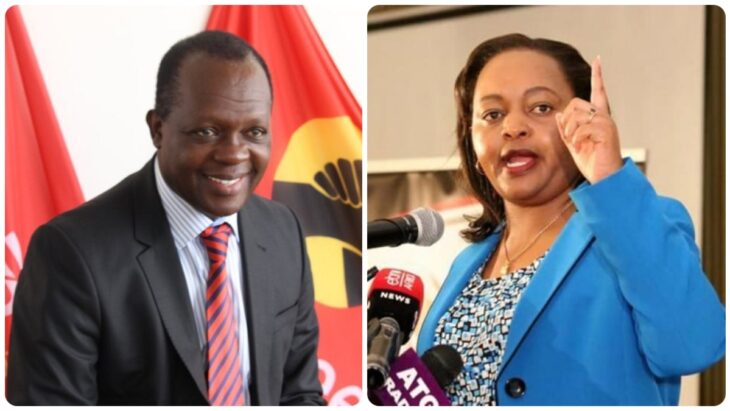 Kirinyaga Governor Ann Waiguru has expressed her concern about losing his gubernatorial seat if she vies on a Jubilee ticket.

Kirinyaga Governor Ann Waiguru has expressed her concern over losing her gubernatorial seat if she vies on a Jubilee party ticket.

Speaking on Citizen TV on Wednesday, September 8, Waiguru said if the polls were held today it would be very difficult for her to retain her seat not because she has performed dismally but because of the tag of the Jubilee party.

“If I ran today on a Jubilee party ticket and someone else ran on a different party, even if people felt I had performed, it would be hard to convince them to vote for me,” she said.

She said it is no doubt that the ruling party has lost support in the huge voting bloc of Mt Kenya adding that something urgent needs to be done for the party to reclaim the majority of seats in the upcoming General Election.

Waiguru said that President Uhuru Kenyatta’s party needs to look internally at its issues in order to be acceptable to the people of Mt Kenya.

Speaking on Tuesday, August 3, during the flagging off of water tanks in Meru the Jubilee governor warned that active politicians seeking elective positions on Jubilee ticket have their goose cooked already.

“It will be a very weak party comes 2022. If you want to lose the elections, contest on a Jubilee ticket,” Murungi said.

Observers hold that Ngirici appears to be the front-runner in the race to be the next Kirinyaga county governor due to her immense popularity.