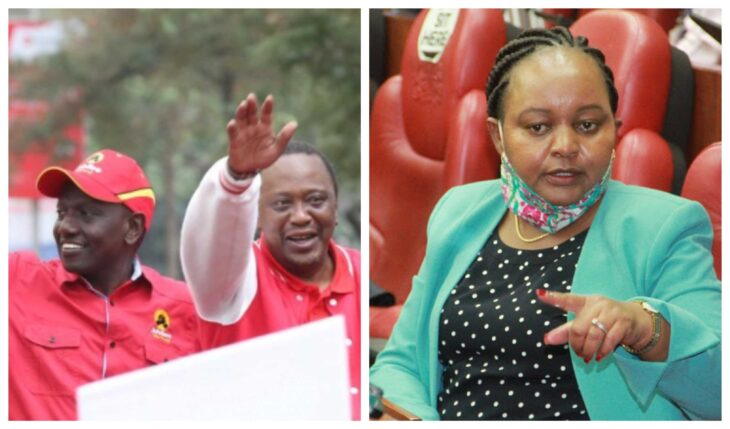 Kirinyaga Governor Anne Waiguru has confirmed that the Mt Kenya region was never behind the BBI bill.

Kirinyaga Governor Anne Waiguru has sensationally claimed that the Mt Kenya region was never behind the BBI bill. despite the fact President Uhuru, its biggest supporter hails from the region.

In an interview on Citizen TV, the County boss said that even research had proved that the central region was not behind BBI Bill.

According to Waiguru, the bill had a lot of good things for the Mt Kenya people but was an unpopular initiative to them.

“Looking at the reactions, and the polls done nationally, we seem to have left the people behind in the quest to pass BBI…

“I would be dishonest to say that the people of Mt Kenya were behind BBI. They were not,” Governor Waiguru said.

While welcoming the decision of the Court of Appeal to uphold a High Court judgment nullifying the BBI process, Waiguru said that she was going to think deeply about her political future.

“Kenya will go on. BBI intended well but we must respect the constitutional authority of the courts and find other legitimate means to achieve Kenya’s unity and prosperity. And for some of us, it’s time for serious introspection on the political way forward,” Waiguru said in a tweet.

The statement made many suggest the Kirinyaga Governor was considering changing her political camp.

She however said her statement meant she would think deeply about why the BBI bill was rejected by both the lower and upper courts.

“We have been on the constitutional amendment journey for 2 years and then we hit a dead end,” Governor Waiguru added “Any serious leader would then have to sit down and think where we went wrong,” she said.

However, Waiguru is not the first Mt Kenya leader allied to President Uhuru to speak about the unpopularity of the bill in the region.

In January, Murang’a Senator Irungu Kang’ata(who was then allied to Uhuru) advised the President that the Mt Kenya region does not support BBI.

After the revelation, Kang’ata lost his position as the Majority leader in the Senate. He has since joined Deputy President William Ruto.