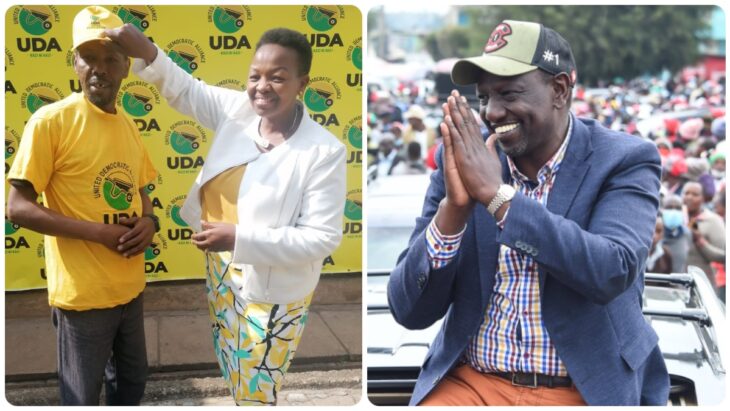 Former Tahidi High actor Joseph Kinuthia aka Omosh has officially joined the united democratic Alliance (UDA) as the party seeks to grow its numbers ahead of the hotly anticipated 2022 General Election.

Former Tahidi High actor Joseph Kinuthia aka Omosh has officially joined the United Democratic Alliance (UDA) as the party seeks to grow its membership numbers ahead of the highly anticipated 2022 General Election.

It was further reported that the celebrated comedian pledged to drum up support for Deputy President William Ruto and the Hustler Nation’s bottom-up economic model which continues to receive backlash from rivals.

“Omosh registered as a party member and endorsed Hustler Nation’s bottom-up economic model saying it will lift ordinary Kenyans out of poverty,” the statement went on.

Kivumbi.co.ke could not immediately establish whether Omosh, who was a household name due to the popular TV programme which was aired on Citizen TV for over a decade was eying to seek an elective post in the upcoming election or not.

His joining in the UDA party comes barely days after he fell a victim to a prank in which he was convinced to sell the 3-bedroomed house he was recently gifted.

In June 2021, UDA, a party that William Ruto said will use to contest for the presidency come 2022 should Jubilee deny him a chance embarked on a recruitment drive to popularise and strengthen the outfit to face Raila Odinga’s party in the 2022 presidential elections.

This outfit claimed it had registered more than 2 million members in the last three months ending June 2021, pointing out how fast the party is solidifying its support base ahead of the 2022 General Election.