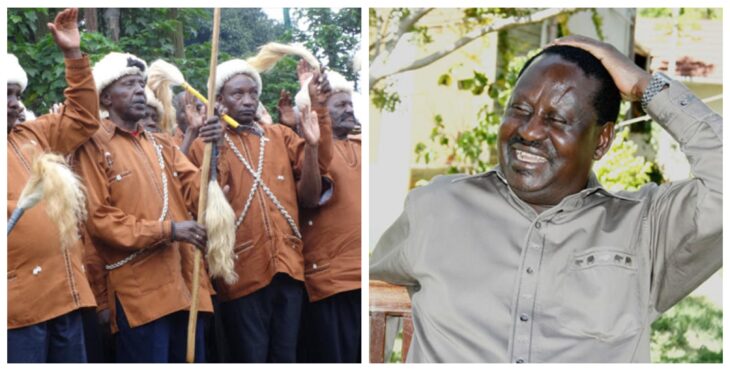 Maoka Maore explained that the Mt Kenya region had been incited to fear Raila Odinga in the past years, and that is why they have not been voting for him.

Nyeri County Speaker John Kaguchia has said that Raila Odinga cannot be sold in the Mt Kenya region as a presidential candidate ahead of the 2022 General Election.

During an interview with Citizen TV on Monday, September 10, the Nyeri County Speaker said that no Mt Kenya political leader will stand with Raila Odinga to the end.

He explained that the likes of Maina Kamanda, David Murathe and Peter Kenneth, who have been accompanying Raila in regional tours will desert him.

“There is a certain politician that cannot be sold in Mt Kenya, and that is Raila Odinga. He can’t be sold, and even if he gains within a short time he will still loose eventually,

“The politicians who are standing with him at this time in Mt Kenya will soon desert him because they know they can’t sell him,” said the Nyeri County Speaker.

John Gachugia also disputed reports that the Mt Kenya people are currently divided, saying that only a few top leaders have not decided their direction.

On the recent political stunts by Governor Anne Waiguru, the speaker said it was wise of her to start thinking of leaving Jubilee Party.

“If she is getting the revelation then she is getting it too late, Jubilee died a long time ago. Unfortunately, Waiguru herself has also lost ground because of clinging on a dead horse (Jubilee party),” he said.

According to the speaker, the latest unity between PS Karanja Kibicho and Kirinyaga Woman Rep Wangui Ngirici is meant to bring Waiguru down when she decides to join UDA.

“It is to make sure that he blocks the entry of Waiguru into the UDA Party. That was localized politics,” he said.

She said that she is ready to face Governor Waiguru in the party primaries as they compete for the Kirinyaga Gubernatorial seat in 2022.