He suggested that William Ruto’s UDA camp has been fueling the split since the March 2018 handshake between the ODM boss and Uhuru.

According to Donald Kipkorir, Ruto’s move is a pure show of desperation and goes against what his United Democratic Alliance has been preaching since the March 2018 Uhuru-Raila handshake.

The lawyer, who is a staunch supporter of Raila Odinga suggested that William Ruto’s UDA camp has been fueling his (Ruto’s) split with President Uhuru since the famous 2018 handshake.

“Why is UDA so desperate for a handshake? Didn’t they undermine Uhuru-Raila Handshake? Has their god forsaken them? Why do they suddenly want to work with “Dynasty”?

“Does UDA even listen to its own voice? Does UDA record what it has been saying & doing since 2018?,” lawyer Donald Kipkorir posted on Twitter.

His sentiments come a day after William Ruto said that he is ready to unconditionally reconcile with his boss President Uhuru Kenyatta.

While showing his willingness to make peace, Ruto accused the likes of ODM leader Raila Odinga of inciting the rift that exists between him and his boss.

“It is because I respect the president, he is my boss, there are just some cunning people who came in and incited him to push me aside. But I am ready, without any condition because we were elected together,” Ruto explained.

The DP was responding to a call from the Kenya Conference of Catholic Bishops, who offered to broker a truce between them.

“In a young democracy like ours, it is important that there is unity among the top leaders as this gives confidence to the people,

“As Church leaders, we are ready to step in and mediate a working arrangement between the two leaders that our Country badly needs as provided by the Constitution,” the Bishops said in a press conference on Wednesday, September 15. 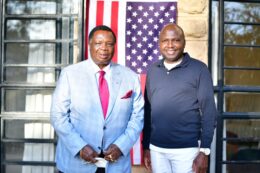