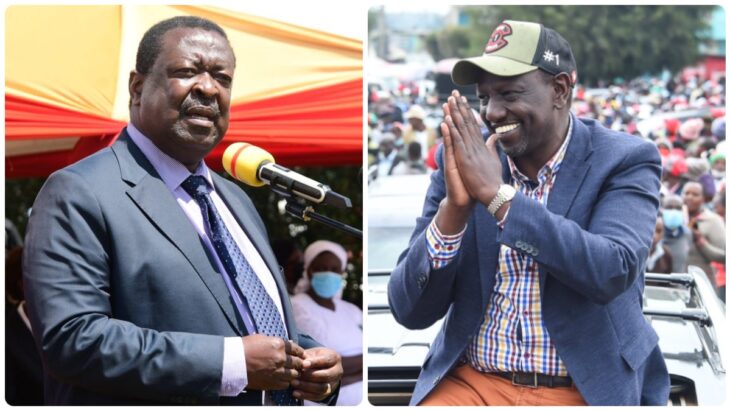 Nominated MP Godfrey Osotsi has exposed politicians who he claims are working for Musalia Mudavadi and at the same time Deputy President William Ruto.

The nominated MP identified Kakamega Senator, who is a close ally of Musalia Mudavadi as one of DP Ruto’s moles in Amani National Congress(ANC) party.

According to the MP, the moles have been sending threats to him since he exposed them for working for Musalia Mudavadi and William Ruto.

“Most of them have been calling me, threatening me, abusing me. But I want to tell them I can not be intimidated. If something is important and I should tell Luhyas, I will do it without fear,” Osotsi said.

After Godfrey Osotsi exposed Cleophas Malala, the Senator said that Osotsi’s intention is to destroy the ANC Party.

Osotsi, who was nominated by Musalai Mudavadi’s Amani National Congress party, said that Malala has previously made it clear that should Musalai fail to get the presidency in 2022, he will join Deputy President William Ruto.

“During a funeral in Likuyani, you publicly said that if Musalia Mudavadi does not get to the ballot, you will join William Ruto,” he said.

The nominated MP went further and revealed that there are 12 other politicians working for Musalia Mudavadi and DP Ruto just like Malala. He did not mention names.

To justify his claims, Osotsi said the politicians hardly attack William Ruto while speaking in public but only train their guns on ODM leader Raila Odinga yet Ruto is also Musalia’s opponent in the presidential race.

He gave a hint that Nairobi Senator Johnson Sakaja is also DP Ruto’s mole in ANC.

“There is a Senator who is in the Team Kenya during Revenue sharing in parliament. He also works for Musalia Mudavadi as well as WIlliam Ruto,” he said.

In his list of shame, Osotsi also mentioned 3 Members of Parliament from Kakamega county. Two are first time MPs on ANC party while another is a second term MP elected on a Jubilee party ticket.

Others in Godfrey Otsosi list of shame were a popular yet-unmentioned political analysist from Western Kenya as we ll as ANC’s main blogger who he claimed is on William Ruto’s payroll.