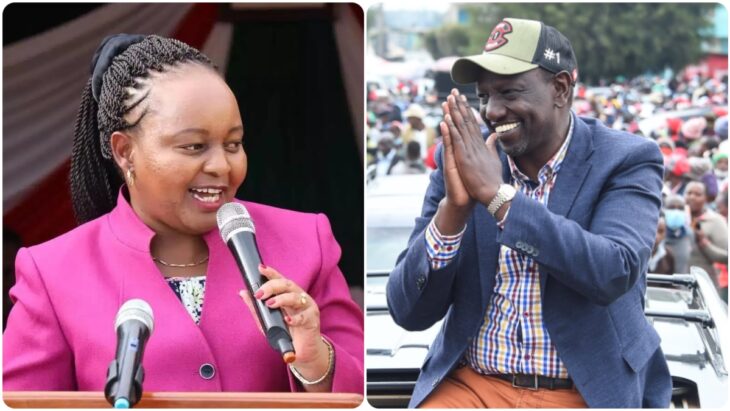 Her decision comes barely a week after the embattled county chief held a consultative meeting with her political team at a time she was desperately considering to change political camps from the Jubilee party ahead of the 2022 elections.

Speaking in Kirinyaga County on Wednesday, September 22, Waiguru who was pressed to announce her political vehicle ahead of the 2022 General Election agreed to calls by her supporters to join UDA and use it for her re-election.

“Didn’t you hear me say I will do what the people of Kirinyaga will have said… I am asking you, my brothers and sisters, because I have heard you say you will vote me back, what party do you want me to come with?” Waiguru posed as the crowd replied UDA.

Her decision on Ruto-linked political party comes barely two weeks after the embattled county chief said it will be too hard for her to reclaim the Kirinyaga gubernatorial seat on a Jubilee ticket.

Since her announcement to ditch President Uhuru Kenyatta’s party, Waiguru has been window shopping for a political vehicle she believes will help her remain in control of the County after the 2022 elections.

On Tuesday, September 14, Wiper Party leader Kalonzo Musyoka led a delegation of party leaders to Anne Waiguru’s home in an effort to persuade her to join the One Kenya Alliance.

Kalonzo’s meeting with Waiguru happened barely days after ANC deputy Party leader and Lugari MP Ayub Savula accompanied Waiguru to the anti-corruption headquarters where she was grilled by sleuths from the Ethics and Anti-Corruption Commission (EACC) over the KSh 52 million graft case.