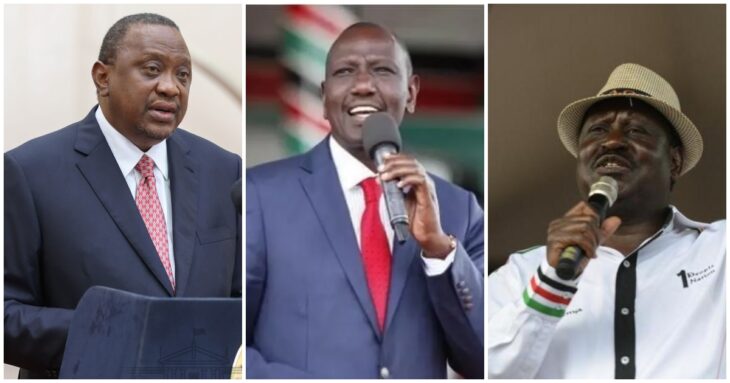 Speaking on Thursday, September 23, when he hosted clerics from Makueni county at his Karen residence, the deputy president claimed that BBI sabotaged the Jubilee government’s big four agenda that was meant to transform the economy.

“Those who pushed BBI to us, we demand an apology. They sabotaged the big four agenda including the creation of millions of jobs for our youths,” he said in an indirect attack at President Uhuru and Former Prime Minister Raila Odinga, who were the main initiators of the plan to amend Kenya’s 201 constitutions.

Ruto said promoters of the BBI bill had run out of ideas and were pushing for Constitutional amendments to remain and ascend to power through shortcuts.

The former Eldoret North MP said he knew from the start that the bill would flop as it was so dangerous, insisting that it would have destroyed the Constitution of Kenya, 2010.

“And let me say this, there was no way that BBI was going to pass. This was fraud meant to destroy our Constitution and impose on us an imperial president,” he said.

The deputy president insisted that the BBI bill must die forever adding that the proposal to create an Ombudsman would have compromised the Independence of the Judiciary and parliament.

He challenged those trying to resuscitate the bill to instead implore the parliament route if they truly wanted to increase the funds allocated to counties from 15 percent to 35 percent as they had proposed.

Ruto further asked the proponents of the BBI bill to let the Independence Electoral and Boundaries Commission create new constituencies as proposed in the bill.

“IEBC has the mandate of adding more constituencies. Let them stop the deceit. There are no more fools in Kenya,” the DP said.

The Constitutional Amendment Bill 2020 was born out of the March 9, 2018, handshake between President Uhuru Kenyatta and former Prime Minister Raila Odinga.