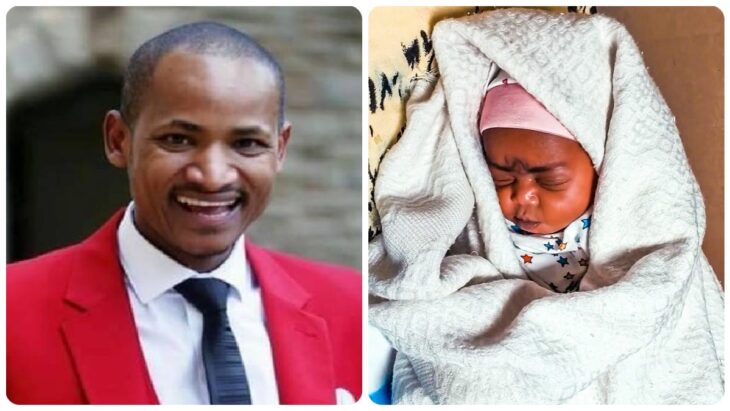 Embakasi East Member of Parliament Babu Owino was so excited after a man named his newborn after him.

Embakasi East Member of Parliament Babu Owino was so excited after a man named his newborn after him.

The former University of Nairobi student leader took to his Facebook to share a screenshot of a WhatsApp chat from a man who named his son after him.

In the message, a man only identified as Herbart informed the ODM legislator of the birth of another leader in the years to come.

“Bro, my wife has given birth to a boy. We named him Babu Owino,” the man said.

Owino, who recently condoled with Felix Orinda aka DJ Evolve following the demise of his mother, responded back thanking Herbart for naming his newborn after him.

The legislator congratulated the man and wished the newborn the very best adding that he will be a very intelligent and courageous leader just like him.

“Wow, congratulation bro. He will be a leader and very intelligent and courageous like the bulls of Spain,” he wrote.

The MP further took a jibe at those who have been criticizing him saying he has others who consider him as the best leader.

This happened barely a day after the Embakasi MP eulogized DJ Evolve’s mother Mary Hongo as a mother and friend, adding that they were united through a ‘difficult situation.’

“Mum you were a mother to me, and a friend. We were united through a difficult situation, we had grown so close but God has His own reasons why this had to happen.

“As a family, we are deeply saddened by your loss. You are forever loved and treasured,” wrote Babu.

The Embakasi East said that DJ Evolve’s mum became like family to him after the shooting incident at Nairobi’s B Club in January 2020.

“As a family, we are deeply saddened by your loss. You are forever loved and treasured. We shall continue holding together and ensure your legacy lives on forever,” he added. 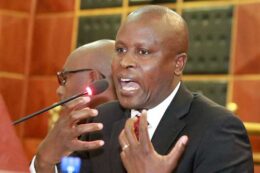 Kieni MP explains how he got his political name, Kanini Kega. ‘Small but good’