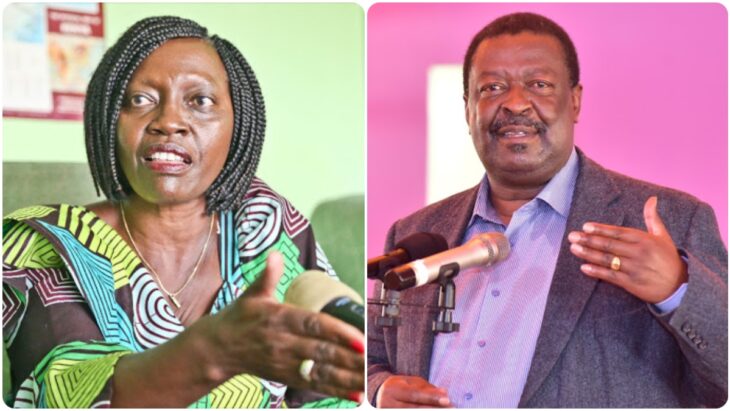 Mutoro argues that it is time for new experiments adding that recycling old lineups will escalate voter apathy, something that could easily deny Mudavadi a chance to win the highly anticipated 2022 presidential election.

“I have said this severally. I repeat. A Musalia Mudavadi  and Martha Karua formation would forever change the equation and conversations of Kenyan politics,

Karua who was recently named as the most influential female politician in the Mt Kenya region earlier on said she would not deputise any presidential candidate adding as she will be seeking to unseat Kirinyaga governor Anne Waiguru.

Mutoro’s sentiments come at a time when the 2022 presidential election hopeful has hinted that he will be seeking to pick his running mate from the vote-rich Mt Kenya region.

The ANC leader said Mt Kenya people are experienced politically given the number of times they have produced presidents for our country.

“There’s a lot of experience in the region. They are people who love doing business and can contribute a lot to the economy and the nation. So, I’m not saying no, there’s a possibility,” Mudavadi said.

Kirinyaga Governor Anne Waiguru had been seen as the best person to deputise the ANC party leader but Mudavadi recently refuted claims that his party is courting Waiguru to be his running mate.

“We are not courting any specific person for the running mate. We are looking at it openly and that was Savula in his peak of excitement he made his comments,” he said on Citizen TV.

Mudavadi indirectly suggested Waiguru lacked integrity, a key factor all deputy presidents must-have for a smooth running of the country.

“You’d be looking for integrity. You’ll be looking for an individual whom you can work with. You cannot have a situation where the president and his deputy are working at crossroads,” Mudavadi said.