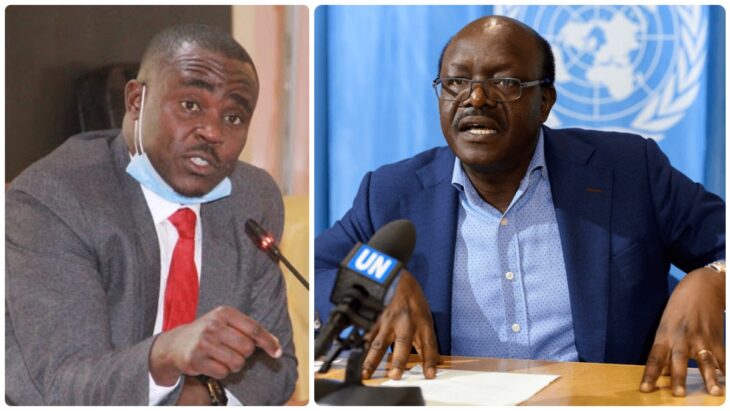 In a video he posted on Twitter, the Kakamega Senator claimed that the former Prime Minister had lost control of the Luhya votes and was trying to get back the support indirectly.

“We are aware that Mukhisa (Kituyi) is being used by dark forces. Because they (Raila Odinga) want to give him leadership so that when he becomes the leader of the Luhya, he will direct all his votes to Raila Odinga,” Malala said.

Malala said the whole process was planned and sponsored by the former lang’ata Member of Parliament Raila Odinga who wants to use proxies to get a slice of the Luyha votes.

He further rubbished the endorsement of Mukhisa Kituyi as the Luhya spokesperson adding that Mudavadi remains the leader of the Luhya nation since he was unanimously endorsed to negotiate on behalf of the Mulembe nation in December 2016.

“In 2016, 31st December we all met at Bukhungu Stadium in Kakamega County and agreed that the leader of the Luyha is Musalia Mudavadi. And there is no debate about that,” he added.

Malala who has been accused to be secretly working for Deputy President William Ruto further took a swipe at Mukhisa for being endorsed as the leader of the luyha community.

“I have seen a certain man called Mukhisa Kituyi who has paid a few elders of his family and dressed him in a skirt claiming that they have endorsed him to be the luyha leader. Let me ask you, since when did the Luyha leader wear a skirt?” Malala posed.