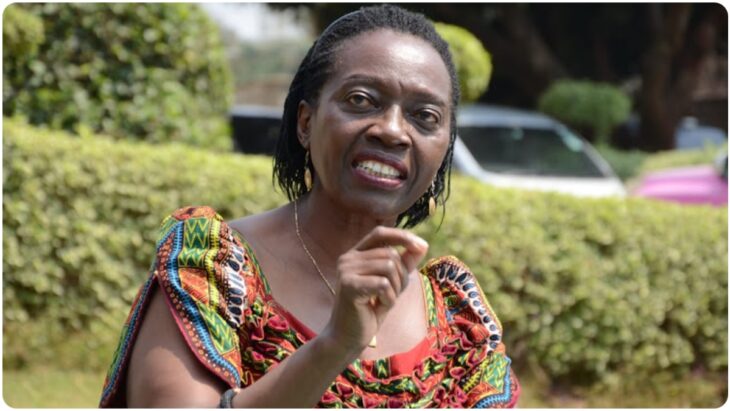 The vote-rich Mt Kenya region has said that it is targeting to have more than 10 million voters before the 2022 General Election, the Mount Kenya Unity Forum has said.

Narc Kenya leader Martha Karua is a veteran Kenyan politician who has engaged in active politics for over 30 years.

The High Court advocate was elected Gichugu MP in 1992 under the Democratic Party following the introduction of multi-party politics. She was subsequently elected for four consecutive terms holding the record as the long-serving MP of the constituency.

She has served as Narc Kenya party leader since 2008 when she was elected by the party’s delegates.

She held different ministerial positions in the Narc government headed by Mwai Kibaki.

In 2013, the tough-talking politician nicknamed the iron lady unsuccessfully vied for the presidency coming a distant sixth with 0.36% of the total votes cast.

She lost the Kirinyaga gubernatorial seat to Anne Waiguru in the 2017 polls.

Martha Karua was born on September 22, 1957, to Jackson Karue and Martha Karua. She is 64 years old.

Named after her mother, Karua is the second born in a family of eight (four boys and four girls).

She was brought up in Kimunye village, Gichugu Constituency in Kirinyaga county.

From 1977 to 1980, she studied law at the University of Nairobi, Kenya’s top institution of higher learning.

After bagging her law degree, she attended the Kenya School of Law between 1980 and 1981, mandatory for law graduates before being licensed to practice.

Martha Karua was employed as a magistrate by the government from 1981 to 1987. During her tenure, she presided over cases in several courts including Makadara, Nakuru, and Kibera.

She commanded respect in the corridors of justice due to her sound judgments.

In 1987, she quit the Judiciary and started her own law firm – Martha Karua & Co Advocates.

Some of the prominent personalities who were her clients were ex-Subukia MP Koigi Wamwere who was detained without trial and lawmaker Mirugi Kariuki.

Martha Karua was one of the politicians who fought for the introduction of multi-party politics in the early 1990s.

Her efforts and that of other revolutionists bore efforts when the then-president Daniel arap Moi in December 1991, repealed Section 2A of the constitution, ending the one-party rule.

Prior to the highly contested 1992 polls, Karua joined the Ford Asili party headed by the late presidential candidate Kenneth Matiba.

She was floored in the nominations by Geoffrey Kareithi, the former powerful head of public service.

The Democratic Party (DP) offered her route back by choosing her as its candidate for the Gichugu parliamentary seat. She handed Kareithi a resounding defeat in the poll making history as the first woman lawyer to be elected to parliament.

Karua was appointed DP’s legal affairs secretary in 1992 holding the position until 1997.

In 2001, she was the only opposition MP who remained in the House when others walked out in protest over the Constitutional Review Bill.

Martha Karua was among the founding members of the National Rainbow Coalition (Narc) which ended KANU’s 40-year rule.

President Mwai Kibaki appointed her in the Water Ministry and later the Minister of Justice, National Cohesion & Constitutional Affairs until her resignation on April 6, 2009.

In the chaotic 2007 General Election that spewed into violence, Karua, a die-hard supporter of Mwai Kibaki, defended him against widespread claims that he rigged the election against ODM leader Raila Odinga.

Martha Karua unsuccessfully vied for the presidency in the 2013 General Election.

She came a distant sixth with 0.36% of the total votes cast. TNA’s Uhuru Kenyatta was declared the winner by the IEBC.

On August 8, 2017, the iron lady vied for the Kirinyaga gubernatorial seat under the Narc Kenya ticket.

Her petition in Kenyan courts was dismissed prompting her to move to the East African Court of Justice which awarded her KSh 2.8 million for infringement.

She has announced her 2022 Kirinyaga gubernatorial bid again having been endorsed as Mt Kenya Unity Forum spokesperson.

The Linda Katiba member was reportedly married to Justice GBM Kariuki until 2008 when they divorced.

She is however on record saying she was never married to him and that her married life is a non-issue.

In 2015, her supposed ex-husband was arrested and charged for a criminal offense which he was later acquitted and sued the state and awarded damages.

Karua is the mother of two children, a son, and a daughter.