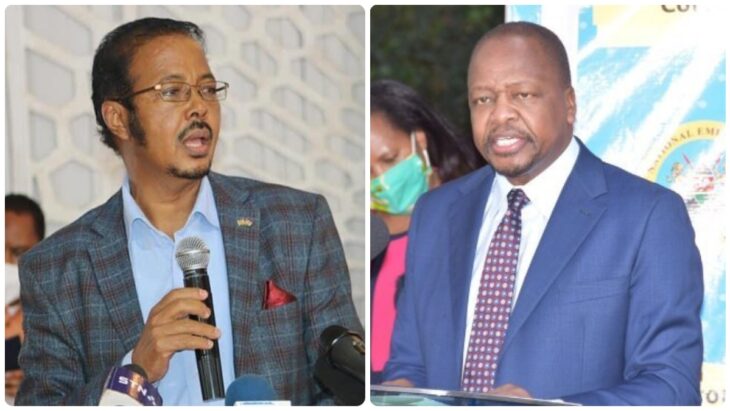 Appearing on Citizen TV for an interview on Monday, September 27, the Eldas legislator noted that the first Senator of Nyeri County is a distinguished and highly qualified CS who has all the credentials of a presidential candidate.

“He is one of the best performing ministers and as an individual; he has all the credentials of a presidential candidate,” Keynan said.

Keynan who was elected on a Jubilee party ticket challenged the CS to come out and declare his candidature saying he stands a chance to become the fifth Head of State due to his track of record adding that he has performed exemplary in all dockets he has headed.

“Kenya is a democratic country. Meaning that there is space and opportunity for every individual to demonstrate his or her leadership,” he added.

Asked about the possibility of Mutahi garnering enough votes to send him to State House, Keynan said the voting trends in Kenya since the advent of multiparty is mainly centered on tribe and regions.

“Since 1991, we still remain regional and tribal with little personality. Where he (Mutahi Kagwe) comes from, if he was to organize and put together the Mt Kenya votes, the biggest voting bloc in Kenya, that will be a good start,” he said.

If the CS decided to give his first stab at the Presidency, then he is likely to complicate matters for aspiring presidential candidates jostling for a slice of the Mt Kenya votes which are projected to hit 10 million.

With barely 10 months to the General Election, the Mt Kenya region is yet to identify a person to take over as Mt Kenya leader from retiring President Uhuru Kenyatta as presidential hopefuls want to dangle the carrot of a running mate to the region.