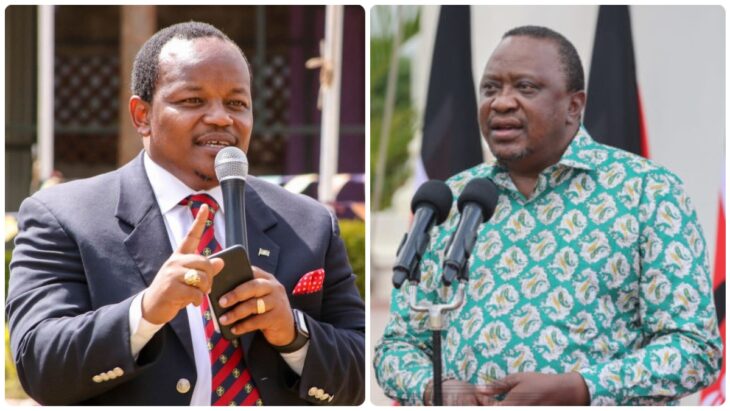 Nyeri Town MP Ngunjiri Wambugu has said that the first in command is not interested in uniting the Mt Kenya region in what appears to be President Uhuru’s harsh revenge to Mt Kenya for opposing BBI.

Nyeri Town MP Ngunjiri Wambugu has said that President Uhuru is not interested in uniting the Mt Kenya region as a form of harsh revenge against the region for not fully supporting BBI.

It is no doubt that the huge voting bloc has been divided not only between the East (Meru, Embu, and Tharaka Nithi) and the West (basically Agikuyu) but also between the Kieleweke (those supporting President Uhuru and Raila handshake) and Tanga Tanga (those allied to Deputy President William Ruto) wings.

Wambugu further said the President appears to have abandoned his earlier quest to leave the region in ‘safe hands’ and instead decided to leave its fate in ‘people hands’.

He said President Uhuru feels abandoned since leaders from his turf have not only killed the BBI but have also shifted their support to his deputy with whom he has a poor working relationship.

“He feels betrayed and frustrated by the very people he believes he wanted to assist by preparing a better future for,” Wambugu said as quoted by the People Daily Newspaper.

Since the introduction of multiparty democracy in 1990, the region which boasts of at least 10 million votes has never participated in a General Election divided and directionless as it is being witnessed ahead of the 2022 General Election..

Laikipia Woman Rep Cate Waruguru who has since shifted her allegiance to William Ruto was the latest to call for the unity of Mt Kenya noting the region was divided down the middle and that there was an urgent need for politicians to speak in one voice so as to offer guidance to the electorate.

“We have accepted to be beggars, political beggars because we lack unity of purpose. When you talk about a few of our brothers who are lucky to form parties, as a region we should ask what other parties have for us,” she said on Friday, September 24.