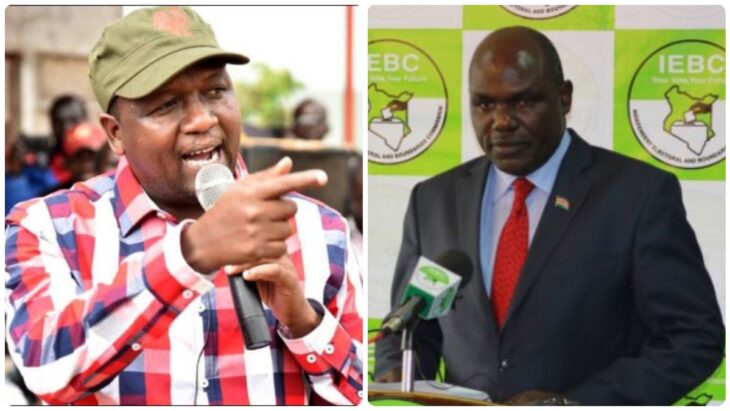 Members of Parliament have thrown out the proposed amendment to the Elections Campaign Financing Regulations 2021 that sought to limit campaign spending during elections.

Members of Parliament have thrown out the proposed amendment to the Elections Campaign Financing Regulations 2021 that sought to limit campaign spending during elections.

The legislators unanimously voted against the regulations following recommendations by the Committee on Delegated Legislation chaired by Tiaty MP William Kamket.

“This House adopts the Report of the Committee on Delegated Legislation on its consideration of the Draft Election Campaign Financing Regulations, submitted by the Independent Electoral and Boundaries Commission (IEBC) and annuls in entirety,

“The Contributions and Spending limits for Political Parties and Candidates for purposes of the General Election to be held on August 19, 2022, notified and published as Gazette Notice No. 8024 of August 9, and, rejects the Draft Election Campaign Financing Regulations submitted to the National Assembly by IEBC on August 5,” reads the committee’s report in part.

Last month, the Wafula Chebukati led commission had proposed a set of new rules aimed at preventing dirty money obtained through corrupt deals from financing campaigns ahead of the 2022 General Election.

In the new regulations, the poll agency wanted all donors’ identities revealed; failure to which the contributions made through proxies shall be remitted to the state within 14 days.

“To prevent dirty money obtained through corruption or organized crime from infiltrating the political system and thereby influencing public decision making the regulations require the proxy to disclose the name of the contribution, postal address, identification number, nationality and the amount,

“Where the proxy does not disclose or is unable to disclose the information required under this regulation, then the contribution shall be treated as anonymous under the Act and these regulations,” the regulations read in part.

The regulation further required every candidate, political party, or referendum committee to report and submit anonymous contributions to the electoral agency.

But in its report, Kamket’s committee claimed that the regulations did not meet the constitutional and statutory threshold required to have them approved.

The legislators further argued that the commission submitted the regulations late since the law requires that IEBC has to make rules to regulate election financing at least 12 months prior to the General Election.