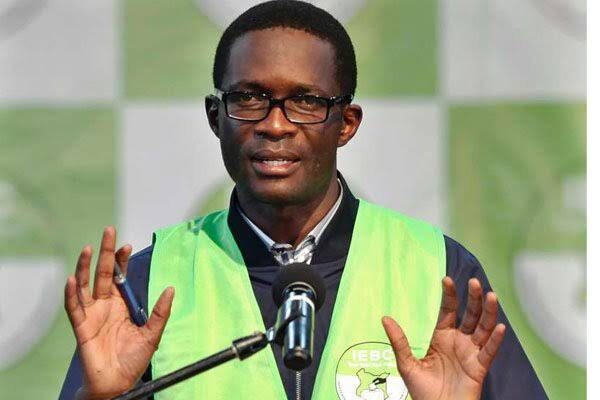 Chiloba will play a crucial role in the 2022 polls since the institution is in charge of network connectivity and has exclusive control of the country’s airwaves. pHOTO: Capital FM

Four IEBC bosses who left the commission after flawed 2017 General Elections will be at the center of the 2022 polls.

Years after leaving the commission, the IEBC bosses have been appointed to government jobs that involve taking part in crucial roles in the 2022 General Election.

On September 28, former IEBC CEO Ezra Chiloba was appointed as the Director General of Communications Authority (CA) of Kenya for a renewable four-year term.

“The appointment follows a competitive recruitment process to fill the position left vacant with the retirement of former director-general Francis Wangusi,” read part of a statement from CA chairman Kembi Gitura said.

At the Communications Authority, Chiloba will play a crucial role in the 2022 polls since the institution is in charge of network connectivity and has exclusive control of the country’s airwaves.

Before Chiloba’s appointment to the lucrative position, other IEBC bosses who resigned from the commission in 2018 had been redeployed to crucial government jobs.

As a data commissioner, Kassait will be in charge of details such as Kenya’s population which is crucial in the upcoming polls.

At Huduma Centre, Muhati is in charge of registration and duplication of ID cards, which are crucial items in voting.

Anne Nderitu headed Electoral Training at the IEBC before her appointment as the Registrar of Political Parties in 2018.

Her role is critical in the 2022 General Election as she is mandated with registering political parties and evaluate pre-elections coalitions.

She will also be in charge of political parties’ membership lists that will be crucial in party primaries nominations.