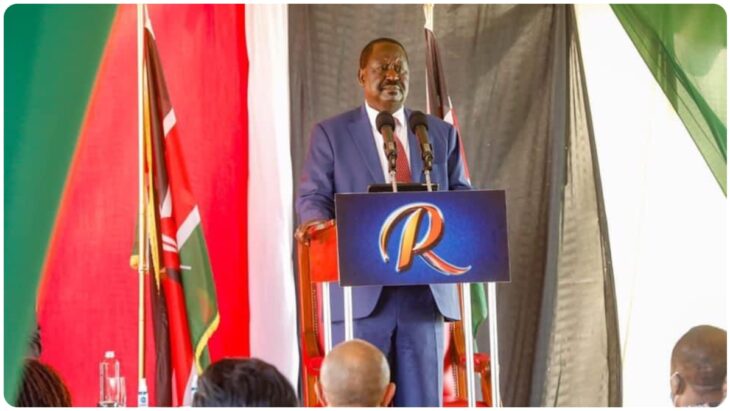 In renewed efforts to boost party membership ahead of the 2022 elections, the Orange Democratic Movement has announced that it could offer direct tickets to aspirants who will recruit the highest number of party members.

Speaking in Rongo, Migori County on Thursday, September 30, party Secretary General Edwin Sifuna said the party will reward aspirants who would have registered more people to the party.

“When you submit your application as a party candidate you will attach a document showing how many voters you registered for the party,

“And I am going to convince our party leader Raila Odinga that whoever would have registered many people shall not be subjected to a nomination exercise but will be offered a direct ticket because he would have worked for the party,” he said.

This comes barely days after the SG asked ODM party branch officials to come up with fresh strategies to launch massive voter listing ahead of 2022 polls and craft a winning strategy.

“Out of the seven million targeted new voters, we have noticed that more than half of the number is in our party’s traditional strongholds of Nyanza, Western, Coast, and Nairobi. We implore on the IEBC to deploy commensurate resources in those regions,” Sifuna said.

This was after it emerged that the Nyanza region, which is perceived to be Raila Odinga’s stronghold is lagging behind in terms of the number of people who are yet to collect their Identities Cards even as the 2022 elections near.

Apart from uncollected IDs which are crucial in the voter registration exercise expected to commence on Monday, October 4, the Nyanza region again was named among the leading in terms of unregistered voters.

This comes at a time the party’s top decision-making organ– the central committee – chaired by party leader Raila Odinga on Wednesday, September 29, announced an extension of the ongoing registration of ordinary members, from September 30 to December 31, 2021.

“Given the success, we have witnessed and the desire from the public to join the party in the last three months, we resolved to extend the free membership registration for ordinary members that were expected to expire the 30th of September to the 31st of December 2021,” the party said.