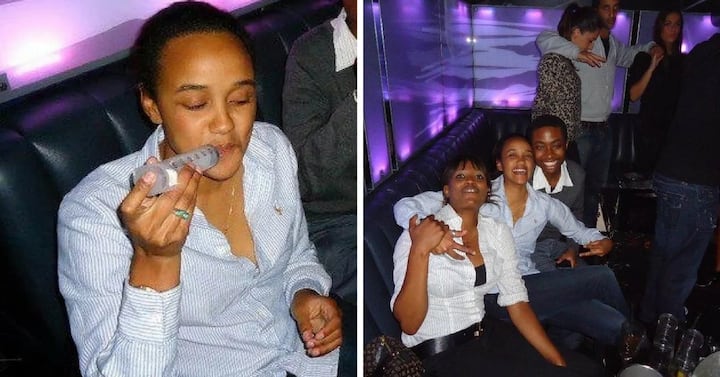 If there is something that President Uhuru Kenyatta’s children have mastered, is the art of living a low-profile life, away from public scrutiny and here we take a look at his daughter Ngina Kenyatta.

Particularly, his last-born daughter Ngina Kenyatta is rarely in the public eye but whenever she makes a public appearance, she sure does leave heads turning with her beauty, simplicity and eloquence if it is an event where she gets to make a speech.

The young lady has evolved over the years but one about her remains consistent, and that is her beauty, not just physically but internally.

Kivumbi.co.ke looks at 10 times that the first daughter proved she is a real beauty:

We kick off this list with this lovely photo of the 31-year-old lady. She appeared dressed simply at African Philanthropy Forum at Strathmore Business School in November 2019.

She made her parents proud after making a rather powerful speech about empowerment of the youth in her capacity as the Director at the Kenyatta Trust.

Despite her eloquence and class during the event, many Kenyans vented out their frustrations on her after the event, for the failures of her father’s government.

Going by the events that she attends, the pretty lady could be looking to follow in her father’s footsteps.

For instance, she once accompanied her mother, First Lady Margaret Kenyatta to the Excellence Awards in South Africa.

She looked gorgeous in her simple outfit which was complemented with a shawl. She was seated alongside powerful women leaders such as Sports Cabinet Secretary Amina Mohammed.

Ngina is also a family person as shown in this picture in which she was pictured goofing while bonding with a child presumed to be family. It is mind-blowing that she looked amazing despite wearing a simple shirt and a pair of jeans.

Ngina’s inward beauty has lit up on various occasions like this day when she visited poor children in Murang’a county and helped them.

She gave the orphans roses, as it was on Valentine’s Day and also donated shoes and food to the kids.

Many a time, Kenyan men are often dreaming into getting the attention of the Ngina, with some hoping they can get her hand in marriage.

For instance, in 2016, a Tana River man left a crowd in stitches after asking President Uhuru Kenyatta to help him get his daughter’s hand in marriage.

The president hilariously responded, telling him “hiyo ya mwisho utajitetea, na ukifanikiwa nita kula Christmas Tana River (you will have to talk to her and if you succeed, I will celebrate Christmas in Tana River)” Uhuru said.

Many Kenyan men often write love letters to Ngina on social media hoping that they can get her attention.

A few years ago, the president’s daughter stunned the country after appearing in a Kiambu event with vocal MP Moses Kuria.

Speculations immediately went wild on social media that Ngina was looking into getting into politics especially because politics run deep in her family.

Her confidence and light probably stem from the fact that she is a daddy’s girl. Going by various photos shared online, the pretty lady has a very close relationship with her father, President Uhuru Kenyatta.

As shown in this lovely family photo, and other public events, she is often captured beside her dad.

Ngina tellingly has a simple fashion sense which exudes her humble demeanour as she prefers to keep it simple despite coming from one of the wealthiest families in Kenya.

She keeps her natural hair in a simple bun, and will often step out in jeans and a shirt unless it’s a high-profile event where she will go for a chic yet simple suit or official wear.

The Kenyatta Trust Director also knows how to let loose and have some fun. A couple of years ago, photos of her partying the night away at a Nairobi club surfaced on social media.

She was pictured drinking some pretty expensive champagne together with her family and friends.

The president’s last and only daughter was recently rumoured to have welcomed a new baby, making President Uhuru Kenyatta a proud father of three grandbabies.

Though the first family is yet to confirm or deny the reports, it is said she gave birth at a Nairobi hospital in September 2021.