Tano Tena: List of promises the UhuRuto government has failed to deliver 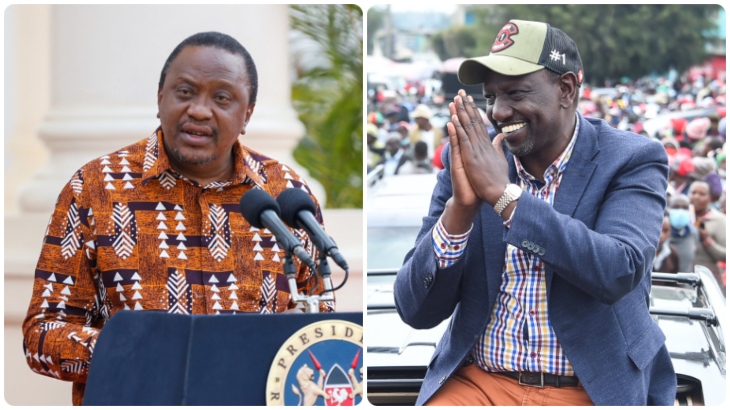 While ascending to power in 2013, President Uhuru Kenyatta and his deputy William Ruto made Kenyans a myriad of promises which gave citizens hope for a better life and even future.

Some of the promises that they lured the electorate with included economic progression and combating graft, but nine years down the line, many of the promises did not come to life.

Kenyans are having to dig deep into their pockets to afford a living while the war of graft is largely politicized and has not yet borne tangible fruits. Uhuru, is actually, on record admitting that KSh 2 billion is embezzled daily, in his government.

Kivumbi.co.ke looks at 8 pre-election promises that the jubilee government has failed to deliver:

Creation of a million jobs a year

In his inauguration speech in 2013, just moments after taking the oath of office, President Uhuru Kenyatta ignited hopes in the millions of Kenyans who were languishing in unemployment, after promising that his administration would ensure that at least one million jobs have been created each year.

However, even by the end of his first term in 2017, the pledge had not been delivered but still in the same electioneering year, Uhuruto promised to deliver that dream.

With less than a year to the completion of his term, more youths are tarmacking, job losses are surging each day and some Kenyans are resorting to casual labour for survival despite being graduates.

Laptops for class one pupils

This was perhaps one of the most decorated promises of Uhuru Kenyatta and William Ruto. Uhuru had promised that his government would ensure that every Class One child would receive a laptop in the first 100 days of the new regime.

This was in line with the Jubilee government’s Digital Learning program. However, this project never saw the light of the day despite billions being pumped into the plan.

It would later be scaled down to tablets but challenges such as corruption, lack of ICT skills from the teachers led to the downfall of the much-touted project.

Construction of 57 dams to boost agriculture

As part of their plan to boost agriculture in the country, President Uhuru Kenyatta and William Ruto had promised to construct 57 dams all around the country for irrigation purposes.

In their promises, Uhuruto said the dams would lead to an increase in agricultural output and hence safeguard the country’s food security.

However, the construction of some of the dams has either stalled such as the Galana-Kulalu project due to graft and mismanagement.

In both 2013 and 2017, President Uhuru Kenyatta and William Ruto promised to support devolution.

Devolution was intended to ease service delivery to Kenyans by bringing the services closer to the people.

However, the national government has largely failed to support devolution making its implementation a nightmare. For instance, in 2020, county governments nearly shut down after the Jubilee government starved them of revenue.

In the recent past, more county governors have accused the Jubilee government of delaying the disbursement of funds for months leading to a paralysis of service delivery in the devolved units.

At first, the Jubilee government promised to build five stadia in Mombasa, Nairobi, Eldoret, Garissa and Kisumu. However, by the end of their first term, none of this had been accomplished.

They would later, in 2017, say nine stadiums that would meet international standards would be constructed.

A video that is often shared on social media shows the DP William Ruto promising the completion of some stadiums in six months. He said this in 2017.

However, save for Nyayo Stadium which was revamped in 2020, the construction of many has stalled.

While ascending to the helms of the nation, Uhuru Kenyatta and William Ruto promised many Kenyans that they would work tooth and tail to fight graft in government.

However, in January 2021, Uhuru would irk many Kenyans after blatantly confessing Kenya loses KSH 2 billion to graft every single day.

Many government ministries and dockets have been on the spot in the course of the Uhuruto era over wanton graft. A case in point is the Arror and Kimwarer dam scandal which former Treasury Cabinet Secretary Henry Kosgey is implicated in.

At the heart of Jubilee manifestos in both 2017 and 2018 laid a decorated plan to raise the standards of living of Kenyans especially under his four-point Big Four Agenda.

Ironically, it was the president himself who signed to law the new Finance Act in 2018 which saw a surge in the prices of basic goods. Recently, Kenyans have been particularly lamenting over the high fuel prices, electricity and also food.

Another promise that has remained unfulfilled by the Uhuruto government is the construction of Youth Development Centres which were to have fully equipped libraries, ICT centers, five sports pitches, and social halls and upgrade existing sporting facilities in the counties.

As usual, the projects have not seen the light of the day.