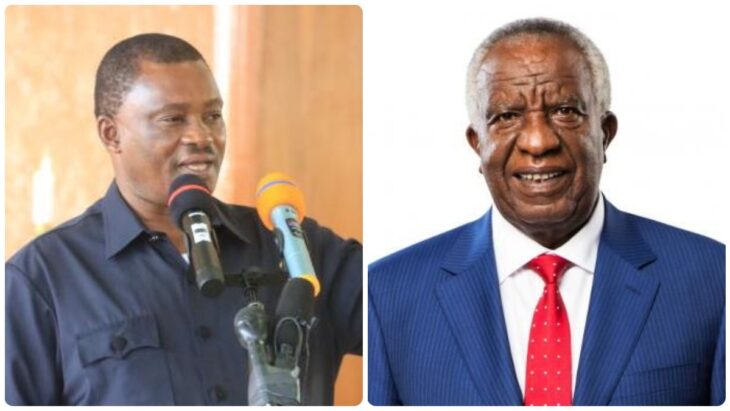 A section of leaders from Mt Kenya East has castigated the Mount Kenya Foundation (MKF) for holding hotel meetings with presidential candidates on behalf of the community ahead of the 2022 presidential elections.

A section of leaders from Mount Kenya East has castigated the Mount Kenya Foundation (MKF) for holding hotel meetings with presidential candidates on behalf of the community ahead of the 2022 presidential elections.

Led by National Assembly Speaker Justin Muturi, the leaders said it was wrong for a group of elites only to sit in a five-star hotel and purport to be the voice of more than the anticipated 10 million Mt Kenya voters.

“Please come to the grassroots and speak to the people and listen to their problems. You cannot sit in a hotel where you eat sausages, bacon, and bread and purport to speak on behalf of the community,” he said.

The presidential hopeful who was speaking at Athiru Gaiti Primary School during the annual SDA prayer day over the weekend said the MKF was out for their own interests and not for the interests of the common mwananchi.

He further said the MKF, a caucus of business tycoons from the region should involve the entire community in the vetting process and hold their meetings at the grassroots instead of hotels in Nairobi.

“Why should they sit in a hotel and then make decisions for us?” Muturi posed.

Two weeks ago, the MKF group consisting of tycoons met ODM leader Raila Odinga where they endorsed the former Premier Raila Odinga ahead of the 2022 presidential elections.