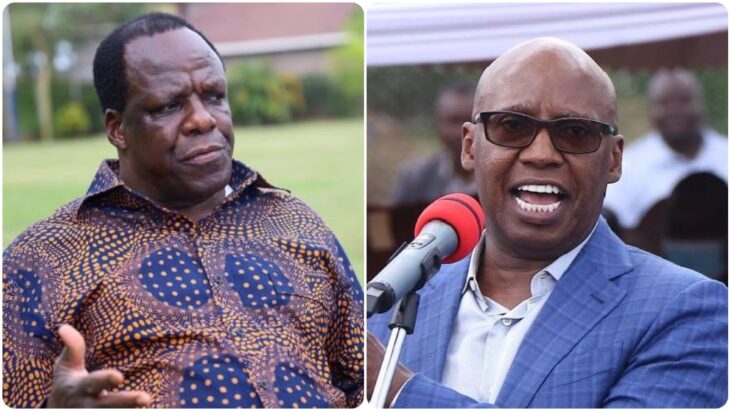 Speaking to KTN News on Tuesday, October 12, the Kakamega governor said Wanjigi is fond of undermining party branch officials and that it will not be business as usual should he do the same when he tours the Western region.

“(Jimmy) Wanjigi has been fond of undermining party leadership. For instance, if he comes to Western Region, he should consult me for guidance before he does anything,” Oparanya said.

Oparanya said the ODM party is anchored on democracy and that each and every party member has a right to convince delegates to support them but should be done in accordance with the party’s laid down structures.

“If he wants to campaign then it is fine but he should make sure he uses the structures in place. Opening more ODM offices without the party’s consent is not right,” the governor said.

Wanjigi who has declared to challenge former Prime Minister Raila Odinga for ODM presidential ticket has been on the party’s radar for allegedly touring regions without consulting branch officials.

He has so far toured Nyanza and Coast regions without informing branch officials of his visit and as such has had a rough time while at it.

For instance, ODM delegates last week snubbed Jimmy Wanjigi’s Coast tour saying the ODM presidential ticket contender did not inform them of his tour and that Wanjigi could have been at the coast for leisure activities.

The politician-cum-businessman was expected to meet over 3,000 ODM delegates drawn from the counties of Kilifi, Mombasa, and Lamu but none showed up.