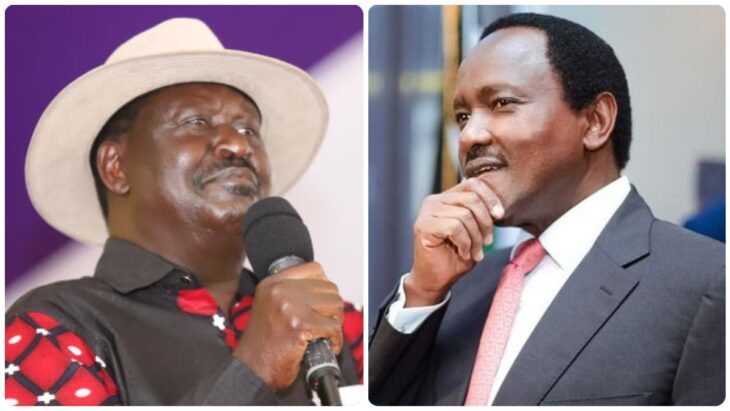 According to Kalonzo, age will have caught up with 76-year-old Raila Odinga, and it is only wise for him to go home and rest.

While calling on Raila Odinga to retire, Kalonzo said he has done enough good things for Kenya in his political career and should live the battle to younger leaders like himself.

“My thinking is that President Uhuru should go home with Raila. If you look at the ages of all the others who want to contest for the presidency, Raila is way ahead of us,” Kalonzo said.

Speaking during an interview on Emoo FM, Kalonzo expressed his hopes that his fellow One Kenya Alliance (OKA) members will endorse him for the presidential race in the 2022 General Election.

He bragged on how OKA has spread its wings, accommodating more political factions.

“OKA is emerging everywhere. We now have Kadu Asili on board and before December, you will see wonders,” he added.

As he hopes on Raila Odinga to retire, Kalonzo has in the past stated that it is his time to shine after supporting him twice.

I am not a weakling… Raila and I have never sat to discuss 2022. I will be the most stupid person on earth to support Raila Odinga for president for the third time without a measure of reciprocity,” Kalonzo Musyoka said.

For Kalonzo, his main competitor is Deputy President William Ruto, whom he is determined to defeat in the 2022 presidential elections.

“The one thing that I will look forward to is being given the opportunity to fight it out with William Ruto. I don’t know why people are afraid of him,” he remarked.