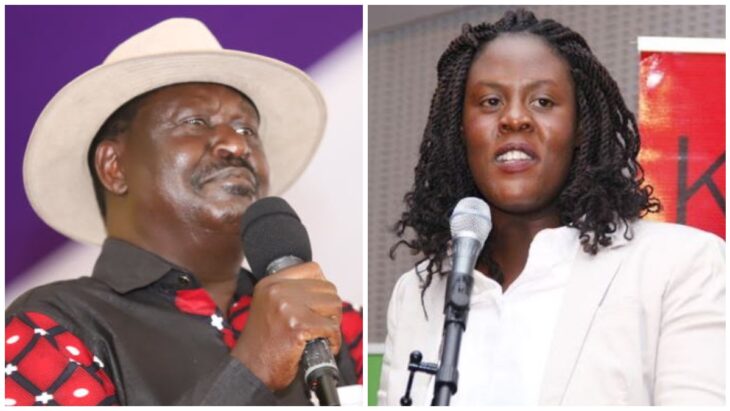 ODM party leader Raila Odinga's daughter Winnie Odinga has vowed to get married in State House after her father wins the 2022 presidential elections.

ODM party leader Raila Odinga’s daughter Winnie Odinga has vowed to get married in State House after her father wins the 2022 presidential election.

The 31-year-old last-born daughter to the former Prime Minister on Tuesday, October 12, said her wedding will happen on the lawns of State House, Nairobi in 2022 after her dad has been sworn in as the fifth president.

Speaking during a meeting with Mt Kenya youths at the University of Nairobi (UoN) in which the Opposition leader was in attendance Winnie invited Kenyans to her wedding saying she will be ready for the rite by then.

“Tell them that I said, Winnie Odinga will get married in 2022, on the lawns of State House, And you are all invited, so if you want that to happen, go register to vote,” she said after issuing an arguably powerful speech to youths.

It is understood that Winnie Odinga has in the past received various marriage proposals from men who have always wished to have her as the mother to their children.

While on air, Maji Maji teasingly expressed his intention to marry Raila’s daughter.

A random Twitter user, Sammy Gunga,  tweeted to Raila Odinga expressing how he adored him and asked for her daughter’s hand in marriage.

“For the love I have for you Baba, please allow me to marry your daughter Winnie,” Gunga’s tweet read.

However, Winnie Odinga politely rejected the two marriage proposals from her admirers.

She humorously commented that she would only make her decision to accept any offers after her mother, Ida Odinga approved of the dowry being offered.