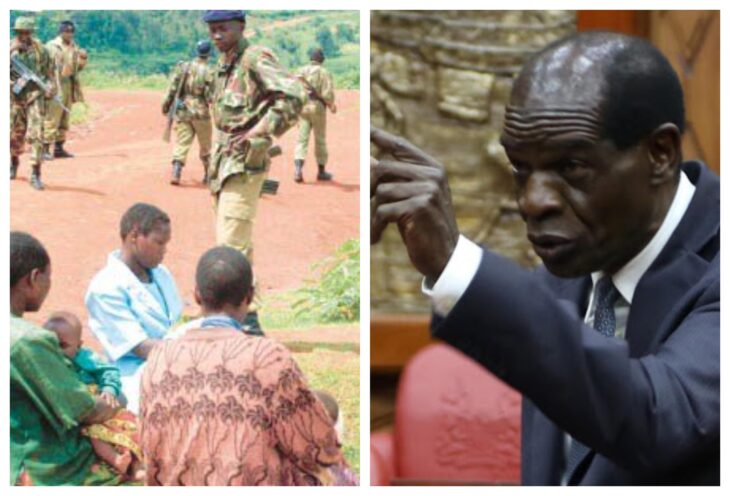 John Serut, former Mt Elgon MP’s ugly past returned to haunt him after his daughter pleaded with Kenyans to help settle his huge hospital bill.

On Wednesday, October 13, his daughter Mish Serut took to Twitter to explain that her father has been ailing since 2020.

She said that the former Mt Elgon MP’s hospital bill had risen, and the family has been unable to settle it in full.

“My father’s name is John Serut and he has been unwell for a while now. He was diagnosed with multiple myeloma in January of 2020. Since then, we have had medical bills totaling to about Ksh 20 million,” she wrote on her Tiwtter handle.

The ex-Mt Elgon MP, she said, has been ailing from cancer, and his family has exhausted all their resources in treating him.

“Multiple myeloma is a type of blood cancer that affects multiple organs eg the kidneys, bones, and liver. So far, we have handled this as a family but we are now reaching out to you for help,” Serut’s daughter said.

Kivumbi.co.ke understands the family had a hospital bill of about KSh 20 million which it has managed to settle KSh 14 million but needs help to get the difference of KSh 6 million.

However, her plea for help fell on deaf ears, as Kenyans refreshed memories of the MP’s ugly past during his term in office.

From the historical record, Serut was mentioned among the people behind the Sabaot Land Defence; a group that reigned terror in Mt Elgon region, killing and maiming residents.

Records retrieved from EACC name Serut as one of the financiers of the Saboti Land Defence, that killed, raped, and tortured a section of Mt Elgon residents.

For this reason, a section of Kenyans said they can not help a man who tortured innocent people.

“Kenyans on Twitter have decided they will not photoshop history. They will not behave like our parents who bury things. This attitude should scare the looting class because they can steal, but their children will not eat that loot in peace.KOT will haunt their kids with the truth,” Activist Boniface Mwangi wrote on Twitter

Amid the historic memories, Serut’s daughter kept on asking Kenyans not to judge her father but help the family without dragging politics into the situation.

“As I try to raise funds for my father’s healthcare, I would like you to realize that he is my father. Not just another politician. So for you to insinuate that we should not get him the best care is very unnecessary. Kindly keep your political opinions to yourself,” she said.