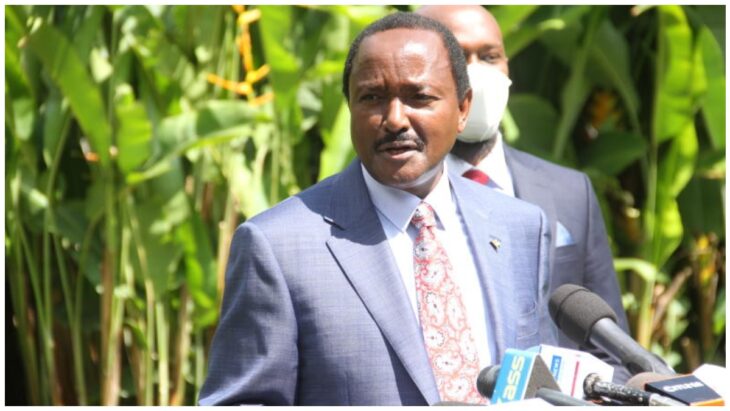 A section of leaders from the Eastern region has urged Wiper leader Kalonzo Musyoka to support Raila Odinga for the presidency in next year’s General Election.

Kalonzo Musyoka’s party of the Wiper Democratic lost a by-election in its turf, a move that has exposed his fading political influence ahead of the 2022 elections where he is eyeing the presidency.

In a statement to newsrooms, Kalonzo Musyoka’s party while acknowledging the defeat said the loss witnessed in the Nguu/Masumba Ward does not put off the former vice president’s ambitions of succeeding President Uhuru.

“We take this early opportunity to congratulate Timothy Maneno on winning the Nguu/Masumba Ward seat on an independent ticket,

“This does not deter our resolve to take the leadership of this country and deal a deathly blow to corruption once and for all,” Kalonzo said.

Kalonzo who was Raila Odinga’s running mate in two of the recent General Elections has vowed not to play second fiddle to ODM leader Raila Odinga saying it is time the former Premier supports his presidential bid.

But Kalonzo Musyoka’s political influence has in the recent past been on a downward trajectory given the fact that his party lost a majority of the seats in his strongholds in the 2017 General Election.

For instance, Kalonzo Musyoka’s governor is not from his Wiper party. Furthermore, the ruling outfit Jubilee scooped four parliamentary seats in his county in what analysts opine that his political influence could have gone down as compared to where he was a decade ago.

Kalonzo who claims to be the kingpin of the Ukambani region appears to have lost the control of the larger Eastern region that overwhelmingly rallied behind him in the 2007 presidential election to emerge third after retired President Mwai Kibaki and ODM leader Raila Odinga.