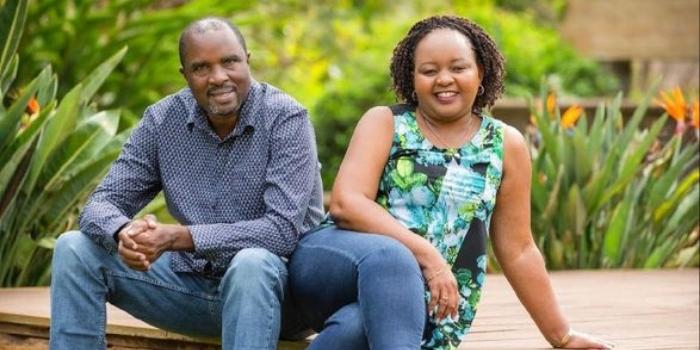 Anne Mumbi Waiguru is one of the most controversial female political leaders in Kenya.

She was elected the second Kirinyaga County Governor in the 2017 General Election after beating her fiercest rival Martha Karua of Narc Kenya Party.

Her resignation came after being implicated in the multi-billion National Youth Service scandal that sparked a public uproar.

She began her education at Nairobi River Primary School.

After excelling, she was admitted to the prestigious Precious Blood Girls’ Secondary School, Riruta and later Moi Forces Academy in Nairobi, where she sat her O levels in 1987 and 1989, respectively.

Waiguru then joined Egerton University, Nakuru county. She graduated with a bachelor’s degree in agriculture and home economics from the institution.

She holds a master’s degree in economics from the University of Nairobi (UoN).

Upon graduation, Waiguru landed an internship job at Transparency International working as a research assistant.

Waiguru’s career soared when she was appointed a technical adviser in the Cabinet Office (Public Service Reform Secretariat).

She climbed up the ladder and was named the head of governance and the economic stimulus programme at the National Treasury.

She pioneered the Integrated Financial Management and Information System (IFMIS), a tool aimed at enhancing accountability and transparency in the national and county governments.

Her most successful initiative at the ministry was the launch of Huduma Centres across the country to streamline government services to citizens.

Her tenure was rocked by multi-billion corruption scandals at the NYS that eventually led to her resignation in November 2015.

She stated she wanted to do ‘lighter duties’ on her doctor’s advice.

Anne Waiguru was elected Kirinyaga governor in the August 2017 polls on a Jubilee ticket.

She made history as one of the three female governors to assume office alongside Charity Ngilu (Kitui) and Joyce Laboso (Bomet).

Her election was unsuccessfully challenged by Narc Kenya’s Martha Karua, who came second in the highly contested poll.

She has hinted at defending her seat in the 2022 General Election on the revamped United Democratic Alliance (UDA) Party associated with Deputy President William Ruto.

The governor assumed her popular name, Waiguru when she married her first husband, Tony Waiguru Njuguna, a lawyer.

The duo met in the 1990s at the Nairobi Lighthouse Church. It was love at first sight.

Cracks in their marriage began between 2003 and 2004 after she climbed up the ladder in her career. At the time, Waiguru was working for renowned economist David Ndii at the Kenya Leadership Institute.

Tony moved out of their posh Runda home into a servant’s quarters at his brother’s house in Ngumo estate.

They eventually divorced after being not on talking terms for months.

The wedding was graced by President Uhuru Kenyatta, ODM leader Raila Odinga and the who’s who in the political scene.

In a recent interview, the governor said marriage life is sweet and that Waiganjo had made her ‘glow’.

Anne Waiguru is the mother of three boys, Ian, Don, and Wabu.

She delivered all the kids with Tony and secured their custody after their bitter divorce.

Anne Waiguru: I explained to Uhuru why I am dumping him for Ruto