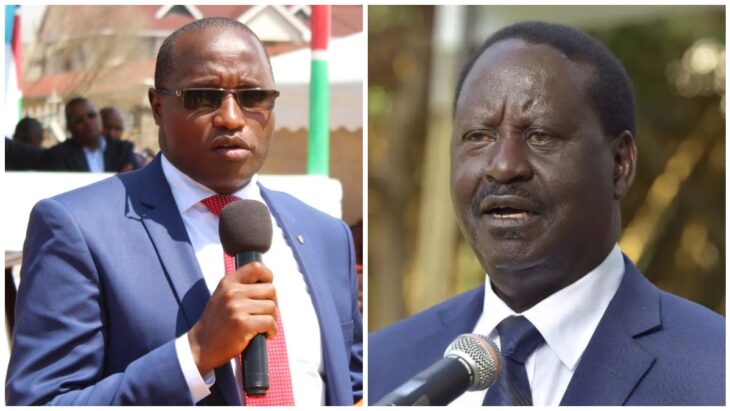 During an interview with Citizen TV on Monday, October 18, Kaguchia claimed the former Premier has been accessing government resources for his campaigns including his motorcade.

“Raila (Odinga) gets to access government resources for his campaigns because his motorcade is from the government, he is funded and salaried by the government,” he said.

The speaker said apart from funding Raila Odinga’s campaign, the government is secretly using local administration including chiefs and assistant chiefs to drum up support for the opposition chief.

He claimed President Uhuru Kenyatta’s government has been funding chiefs to mobilise people to attend Raila Odinga’s rallies across the country.

“If he (Raila Odinga) was to campaign in my village, I will get a call from my chief to participate,” Kaguchia added.

Uhuru, whose relationship with his deputy president has deteriorated, is believed to be secretly pulling all the stops to power Raila forward against William Ruto in the 2022 battle for State House.

Last month, Uhuru who had earlier on appeared to shy away from personally introducing Raila Odinga, openly endorsed the ODM boss for the top seat while addressing Kenyans in Kibera.

Furthermore, it is suspected that President Uhuru Kenyatta’s handshake partner has the support of the wealthy businessmen from the vote-rich Mt Kenya under the Mount Kenya Foundation who have vowed to throw their weight behind Raila Odinga.