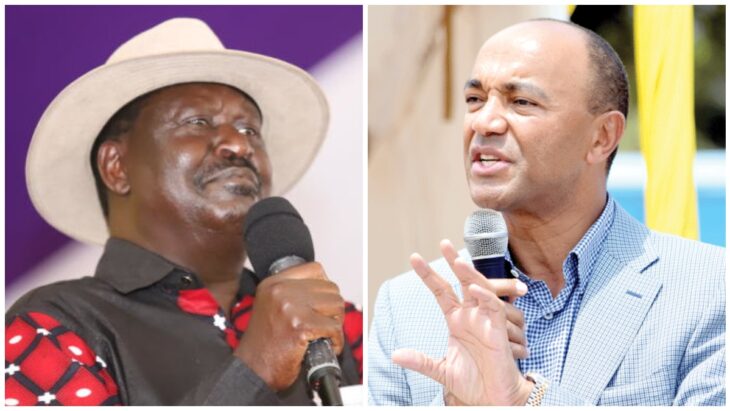 A section of elected leaders from the Mt Kenya region has piled pressure on ODM leader Raila Odinga to pick 2013 presidential candidate Peter Kenneth as his running mate ahead of the 2022 General Election.

The legislators on Sunday, October 17, said the former Gatanga MP has a development track record, thus the need to be given the position of deputy president to the presidential candidate that President Uhuru Kenyatta will support in the 2022 presidential elections.

“The time is ripe for Kenneth to get into a national leadership position with the backing of the Murang’a people,” Mathioya Member of Parliament Peter Kimari said.

Maragua MP Mary Waithera said Murang’a people have fully rallied behind President Uhuru Kenyatta and that time is ripe for the county to be at the national politics.

“It has come a time that Murang’a stands to be counted in the history of the country by endorsing their own for a top national position,” she said.

While acknowledging the endorsement, Kenneth said he was more han ready to deputise President uhuru Kenyatta’s handshake partner Raila Odinga adding that he would not let down the people Murang’a if picked to be Raila’s running mate.

“This country needs committed leaders with the capacity to promote peace. Let us ignore those whose interest is on positions and not to serve the people,” said Kenneth.

This comes at a time when the latest political opinion poll showed that Narc-Kenya party leader Martha Karua is the best politician from Mt Kenya to deputise any of the many presidential aspirants in the 2022 General Election.

From the poll, 10.6% of Mt Kenya residents believe that Martha Karua, recently crowned as Mt Kenya spokesperson, is the best politician that all presidential contestants should be wooing, followed closely with The Service Party leader Mwangi Kinjuri.