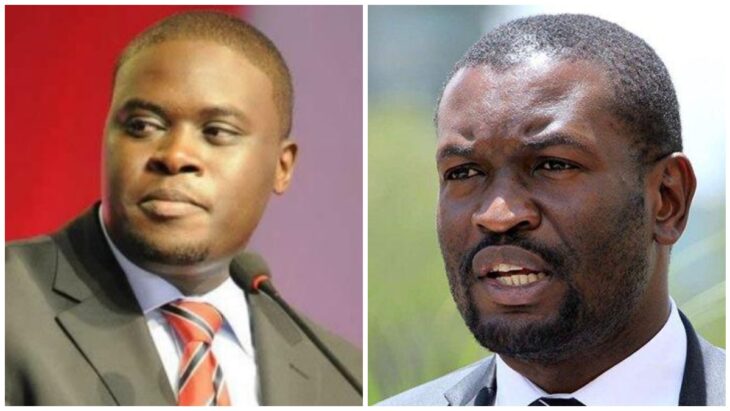 ODM Secretary General Edwin Sifuna could be the next Nairobi Senator if elections were held now, a new poll released by Mizani Africa on Monday, October 18, has shown.

This was after Sifuna was named the most preferred candidate for the Nairobi Senatorial seat ahead of the 2022 General Election.

According to the survey, Sifuna emerged as the most preferred candidate scooping 50.6 percent of the total number of people interviewed across the county.

He was followed by Fredrick Otieno with 17.3 percent whereas Sylvia Kasanga was named third best at 9.5 percent.

Others listed include Julie Kabogo who scored 8.9 percent, Omulo Junior 8.2 percent while 5.5 were still undecided.

The poll was conducted through a questionnaire where more than 5,000 city dwellers were interviewed face to face to understand voter preferences in Nairobi County.

“We applied ourselves to a demographic split of 48 percent women and 52 percent men,” the survey said.

Nairobi Senator Johnson Sakaja was not named among the candidates preferred for the seat.

Sifuna has however not declared his next political ambitions for 2022.

In 2017 General Election, Johnstone Sakaja emerged as the winner replacing Mike Mbuvi Sonko who successfully opted to contest for the gubernatorial seat in the same election.

Westlands Member of Parliament Tim Wanyonyi was on the other side named the most preferred candidate for Nairobi gubernatorial seat.

The survey further revealed that 88 percent of those interviewed supported the creation of Nairobi Metropolitan Services (NMS) while 8 percent were against it.

A further 79 percent of those interviewed felt that NMS should continue serving the city dwellers even as we head into the 2022 General Election.