Moses Kuria’s party to conduct electronic nominations ahead of 2022 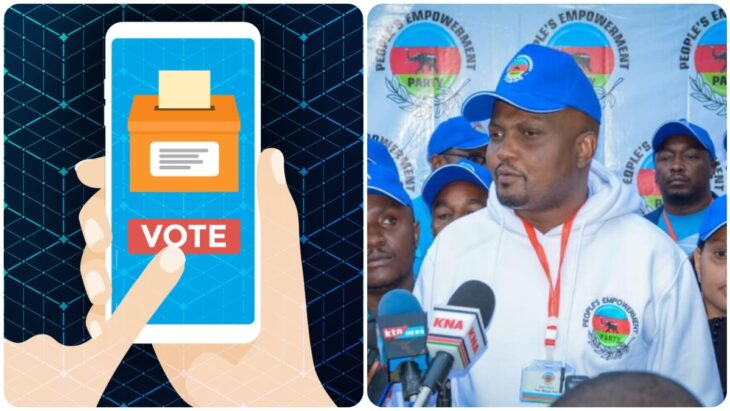 “Chama Cha Kazi is the only party that committed that their nominations for MCAs, MPs, Women Reps, Senators, Governors, and President will be conducted electronically via USSD mobile technology and the results streamed real-time and online throughout the country,” Kuria said through his Facebook page.

The vocal legislator said the move to conduct electronic nominations would not only save time but would also enhance free and fair party primaries making it the first political party in Kenyan history to conduct digital voting.

While exuding confidence that the plan would yield good results, Kuria said there are more than 25 million registered Mpesa users who use their various mobile banking services with ease.

“Kenya has 21 million registered voters and 25 million MPESA (Safaricom mobile money transfer service) users. Nobody has ever complained that the 25 Million MPESA users are too old or illiterate to transact.  So no one should claim that the 21 Million registered voters are too old or illiterate to vote electronically,” he said.

This comes barely a week after the CCK party announced that it will restrict aspiring Members of County Assembly (MCA) nominations to Kenyans aged 45 years and below.