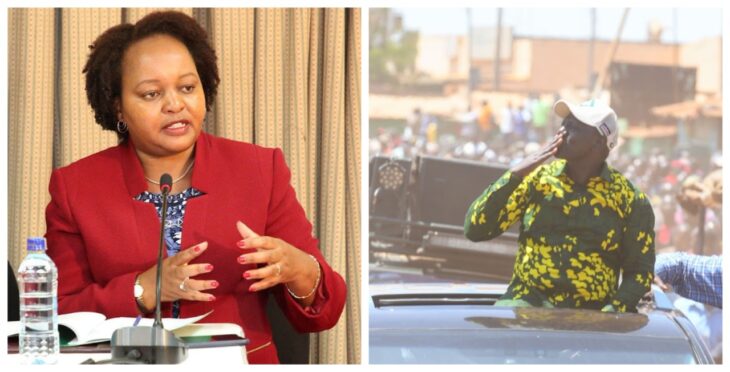 Waiguru got a chance to address the rally in the presence of the UDA Party leader.

On Tuesday, October 26, Waiguru visited William Ruto’s official residence in Karen, where she was officially welcomed to his camp.
A source close to Waiguru told People daily that Waiguru has decided to put an end to the many questions about her political loyalty.

“Our governor will today officially join UDA and end so many political questions people have been asking her,
“This is the party she will use to defend her seat because everyone on the ground told her they wanted to be associated with Ruto,” he said.

“Kenya will go on. BBI intended well but we must respect the constitutional authority of the courts and find other legitimate means to achieve Kenya’s unity and prosperity.
” And for some of us it is time for serious introspection on the political way forward,” Waiguru said after the court of appeal ruling on BBI.

Later, the Governor said she can not rule out working with Deputy President William Ruto, but will only do so after consulting Kirinyaga residents.

At a rally in Kirinyaga, Anne Waiguru asked residents where they would like her to be, and they signaled UDA.

“I stated that I will listen to what Kirinyaga residents demand of me. I will follow and do what the electorates want me to do, and that is what will determine my political direction as I vie for re-elections. Which party do you want me to move to?” she posed as the crowd replied chanting “UDA.”
Now, Waiguru has made true her hints by officially joining William Ruto’s UDA party.