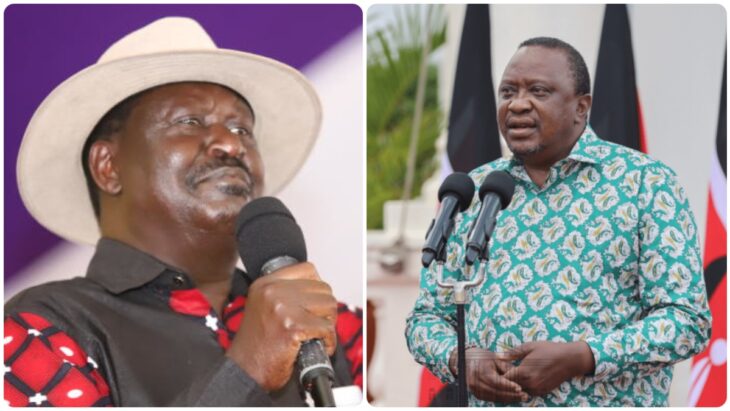 President Uhuru Kenyatta has defended the March 8, 2018, handshake between him and ODM leader Rail Odinga saying it saved the country a whopping KSh 1 trillion.

The handshake pact between Raila Odinga and President Uhuru Kenyatta has seen the Nairobi gubernatorial campaigns fail to take just months from the 2022 General Elections.

Prospective candidates have not launched their gubernatorial campaigns for fear of not being President Uhuru and Raila Odinga’s choice.

Since the March 2018 handshake between the two leaders, the city has been seen as their bedrock with Nairobi gubernatorial aspirants waiting for their signals.

However, none of them has kick-started the Nairobi gubernatorial campaigns yet due to the lack of a clear sign from Uhuru and Raila.

According to Edwin Sifuna, launching a campaign in Nairobi is impossible because of the handshake agreement that means there will be a consensus in choosing the gubernatorial candidate.

“Nairobi now basically belongs to Raila and President Kenyatta. If you begin your campaigns then you are told this seat has been left to another person because of consensus between the two political parties, what will you do?” Sifuna posed.

Even with the low-key campaigns, a survey by Mizani Africa revealed that Westlands MP Tim Wanyonyi stands out as the most preferred candidate for the gubernatorial seat with 37.2% voters supporting him.

However, Tim himself has not officially declared his interest, nor hit the ground to conduct campaigns.

”I am still a member of parliament for Westlands and when elections are called, I will let you all know what I am vying for. But for now, I am focused on my current role” Wanyonyi said.

The survey showed that the other Nairobi gubernatorial aspirants rank as follows.