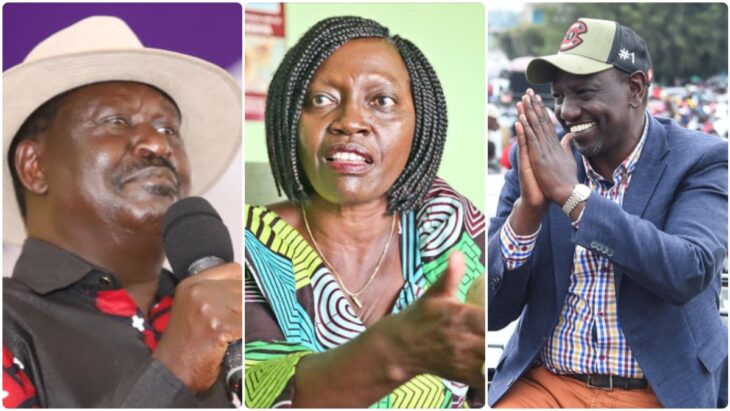 Narc Kenya party leader Martha Karua has reiterated her denial to deputise any of the presidential front runners in the 2022 State House race.

In a report by Citizen TV on Tuesday, November 2, Kuria who is associated with the Chama Cha Kazi endorsed Karua as the best presidential running mate who will champion the region’s interests in any political outfit that seeks votes from the huge voting bloc ahead of 2022 elections.

“I want to endorse Martha Karua for the position of deputy president. She has the integrity, she has the stamina, and she has a sterling record as a crusader for both multiparty and human rights,” Moses Kuria said.

Karua who was recently crowned as Mt Kenya spokesperson said she has not been approached to be someone’s running mate stating that her focus is to unseat embattled Kirinyaga Governor Anne Waiguru.

“I have not declared to be someone’s running mate nor have I been approached by anybody. I will be running for the Kirinyaga governor’s seat in the next polls,” she said.

With presidential hopefuls William Ruto and Raila Odinga being compelled to pick their running mates from the huge voting bloc for them to have a share of the Mt Kenya votes, the former Gîcûgû MP said she would reject any offer to join the deputy president in his bid to succeed President Uhuru Kenyatta.

“I have no interest in being (William) Ruto’s running mate,” Karua said.

This comes at a time when several political opinion polls have shown that the former presidential candidate is the best politician from Mt Kenya to deputise any of the many presidential aspirants in the 2022 General Election.

For instance, the latest poll conducted by Mizani Africa listed Martha Karua as the most preferred woman to be the deputy president from central Kenya with 34.8 percent.