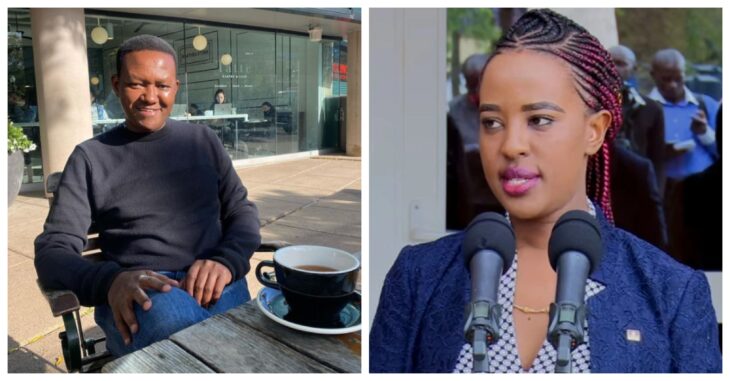 Machakos Governor Alfred Mutua indirectly responded to his ex-lover Lilian Ng’ang’a who accused him of harassing and threatening her after their now, nasty breakup.

In a cryptic message on his social media, the former government spokesman suggested he is least bothered by the ‘noise’ aginst him.

He shared a picture and video of himself in the United States of America enjoying a cup of coffee and working out in chilly winter weather.

“Go placidly amid the noise and the haste, and remember what peace there may be in silence. As far as possible, without surrender, be on good terms with all persons.By Desiderata,” read his caption on Instagram.

“Enjoying an early morning autumn sun basking in Boston. Early morning jog in New York. It was 5 degrees Celsius,” he went on.

The Machakos County boss failed to give a direct response to Lilian Ng’ang’a’s allegations, instead termed them as ‘noise and haste’.

On Thursday, November 4, the former Machakos first lady said she has been receiving threats from the governor since she parted ways with him.

She said that Mutua has threatened to harm people close to her, and has some hitmen ready to do the job.

Lilian Ng’ang’a also decried losing some of her property after Mutua repossessed her motor vehicle, and transferred her shares in a company they co-woned to his sister Ann.

“Mutua accompanied by his police bodyguard, Martin Nzinghi arrived at my apartment parking lot at Kileleshwa, Nairobi, and without my knowledge or consent and using a spare key which he had illegally obtained, drove away from my personal motor vehicle KBY 186G, a car which had been fully registered in my name since 2014,” Lilian Ng’ang’a said in the presence of his lawyer Philip Murgor.