Laikipia Woman representative sympathises with Raila Odinga ‘he is being misled’ 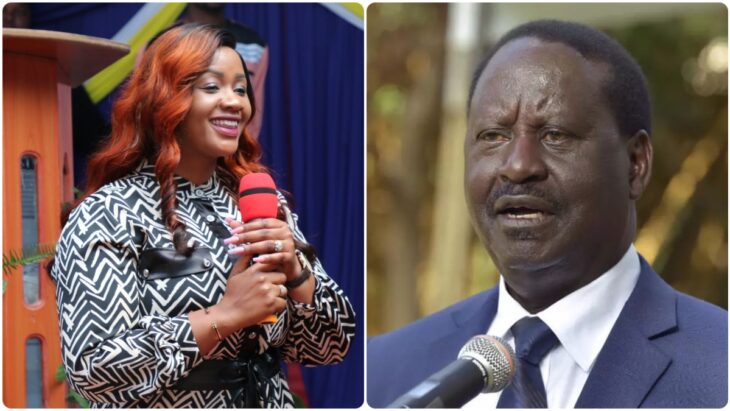 Speaking on Tuesday, November 9, just days after announcing her move to UDA, a party heavily associated with Deputy President William Ruto, Waruguru said Raila is being misled to drop what would have otherwise made him a strong presidential contender.

“In a way, I feel for him because he has been duped into dropping his selling points. He is now carrying President (Uhuru) Kenyatta’s burden on his shoulders,” she said.

Waruguru further claimed that the former Prime Minister was being duped by Jubilee’s leadership, and by the time he comes to reality, it will be too late.

“He (Raila Odinga) has no idea what awaits him. If I were him, I would shake off those rejects. I would also shake off the project tag as much as I can,” she added in reference to Raila being termed as Uhuru’s preferred successor.

The Laikipia Woman Representative who is expected to be formally received into United Democratic Alliance at William Ruto’s Karen residence in Nairobi later this week said she shifted her allegiance after she realised the deputy president had gained ground in the vote-rich Mt Kenya region.

“It has been difficult for us to sell Raila on history terms alone. My generation has zero regards for long stories and history. And this is where (William) Ruto has beaten them to it. He’s giving all of us hope,” she said.

“I am in UDA and I fully believe in the bottom-up approach economic model and the other Ideologies of the party,” Waruguru said.