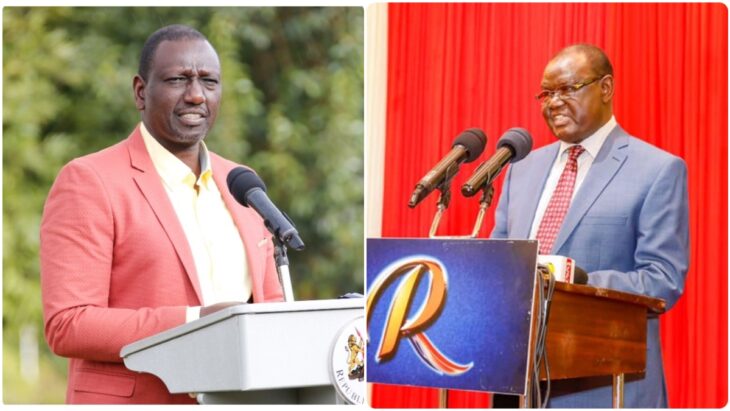 Jubilee MPs from the vote-rich Mt Kenya region have called out Deputy President William Ruto for allegedly harassing and humiliating some of them.

In a statement to newsrooms on Tuesday, November 16, Mt Kenya Jubilee parliamentary caucus warned the Jubilee deputy party leader against insulting elected leaders from the region.

“As Mt Kenya Jubilee Caucus we are putting the deputy president on notice and issuing a stern warning,” they said in a statement.

They further accused the deputy president of viciously attacking Murang’a Senator Irungu Kang’ata by scornfully telling him off for contributing ‘too little’ at a Harambee before unceremoniously kicking him out of the podium.

“To show that his disdain is for all Mt Kenya leaders he (William Ruto) then aimed textbook insults at Meru Governor Kiraitu Murungi,” they said.

They warned the presidential hopeful that the kind of careless utterances he is making could easily morph into public strife, political violence, and even death.

While citing Gatundu South MP and former Agriculture CS Mwangi Kiunjuri who have since been sidelined by the second in command, the Jubilee leaders from Mt Kenya warned Ruto against compelling all Mt Kenya leaders to support him.

They said Mt Kenya has the right to support whoever they want, and their right to make this choice must be respected.

“We urge him (William Ruto) to remember that the people he is insulting in public forums were voted for, by those he wants to get votes from. We finally urge our people to learn from what they are seeing.”