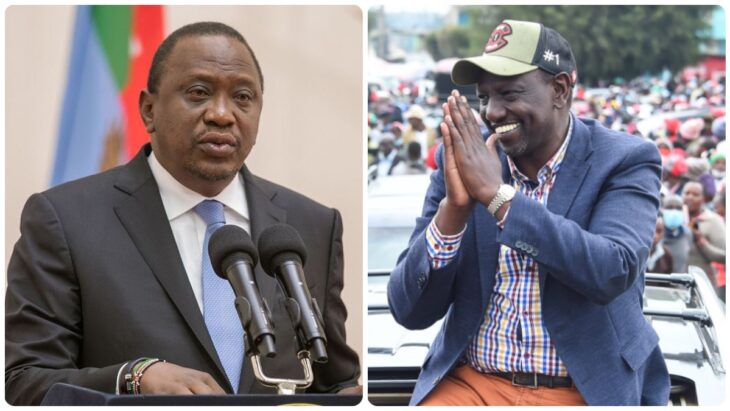 A study conducted by TIFA pollsters has revealed that many Kenyans view Deputy President William Ruto as a strong critic of Uhuru’s government.

Kenya’s President Uhuru Kenyatta has annulled the Jubilee National Delegates Convention (NDC) meeting which was aimed at firing William Ruto from the party.

The much-publicized Jubilee Party NDC had been scheduled for Friday, November 30, and plans were already underway and a list of delegates drawn.

But the Jubilee NDC has been thrown into disarray after it emerged that the President is planning to deliver his annual State of the Nation Address to Parliament on the same day meeting was planned to take place.

Speaker of the National Assembly Justin Muturi on Monday, November 22, said that he and his Senate counterpart Ken Lusaka had received communication from the Head of Public Service Joseph Kinyua asking parliament to make necessary plans for the address.

“The communication from Kinyua was to inform us as both Speakers that the President will be fulfilling his constitutional requirement as enshrined on article 132 and had sought to have us make arrangement for the same,” said Muturi.

Apart from handing William Ruto a lifeline in the party, the move to cancel the meeting further cast a pall of uncertainty over the much-hyped Jubilee-ODM merger where it was expected that the Jubilee party leader and his ODM counterpart Raila Odinga would seal a partnership ahead of 2022 elections.

Some critics of the ‘postponement’ are reading mischief, claiming it is a continuation of the President’s indecisiveness about kicking out rebels including the deputy president.

On Monday, November 22, Nyeri Town Member of Parliament Ngunjiri Wambugu, a strong defender of the President insisted that the NDC will be a few days later after the President’s State of the Nation address.

“This will ensure whatever decisions are taken at NDC don’t affect the smooth running of Bunge during these last couple of days as there are crucial matters being dealt with this season,” said Ngunjiri without revealing the date.