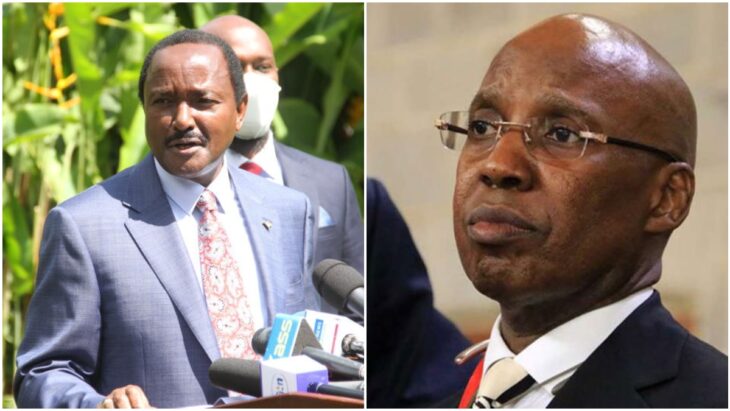 Speaking on Sunday, November 28, when they attended a service at AIC Daystar in Mavoko, Machakos County, the former Vice President told Wanjigi to brace himself for tough times.

The One Kenya Alliance principal told the ODM presidential ticket contender to recall what happened prior to the dramatic 2007 General Election where Kalonzo was denied a chance to fly the ODM flag bearer prompting him to form his own party.

“You know what happened in 2007; we parted ways acrimoniously over the running of the party. So brace yourself for tough times, the ride will not be smooth,” Kalonzo said.

Kalonzo’s remarks come barely weeks after ODM leader Raila Odinga advocated for the use of consensus to settle on the person who will fly the party ticket.

In what seemed like the method was aimed at locking Jimmy Wanjigi from the presidential race, Raila said all those who will not be given a chance to fly the party would be considered after the ODM forms the next government.

“ODM is a party of democracy. We will not forsake those who will have lost the nomination. All those who will lose will be considered in other engagements,” Raila Odinga said.

But Wanjigi who had last week threatened to walk out of Raila Odinga’s party ahead of 2022 elections over what he termed as ‘unfair’ nomination rules made a U-turn insisting that he will not back down.

“We cannot comprise on democracy in ODM. We will go to Kasarani and compete and have the best candidate win the contest for the ODM flag bearer. I will not back down,” Wanjigi said.