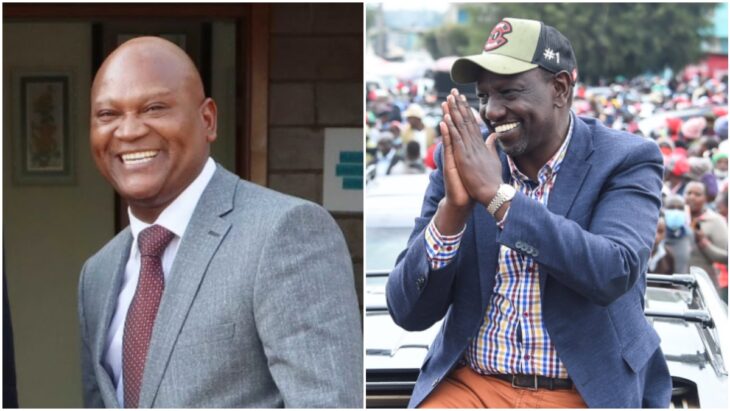 Maendeleo Chap Chap party Secretary-General Stephen Kilonzo has decamped to UDA, a party heavily linked to Deputy President William Ruto as the season for political realignment gears up ahead of the 2022 General Election.

Maendeleo Chap Chap party Secretary General Stephen Kilonzo has decamped to UDA, a party heavily linked to Deputy President William Ruto as the season for political realignment hots up ahead of the 2022 General Election.

Speaking to the Star, on Wednesday, December 1, Kilonzo said he consulted widely before shifting his political allegiance to the Hustler camp adding that he will contest for Kitui senatorial seat on a UDA ticket.

“I consulted widely and negotiated with UDA top officials. I find the party accommodative. It is now my new home on whose ticket I will seek the senatorial seat,” he said.

Kilonzo who unsuccessfully vied for the seat in 2017 but lost to Kitui Senator Enoch Wambua said it was hard for him to be given an opportunity by Maendeleo Chap Chap to seek the seat as Alfred Mutua had shown interest in picking another candidate.

He further stated that it could be too hard for him to win the same seat on a Maendeleo Chap Chap since it will not be fielding a presidential candidate in the 2022 elections.

“I am now more at home because I will run on UDA that has a formidable presidential candidate in DP William Ruto,” he stated.

Kilonzo who emerged the first runner’s up in 2017 will battle it out with incumbent Senator Enoch Wambua of Wiper, Wilfred Mati of Maendeleo Chap Chap entrepreneur Muinde Mutuka and Nairobi businessman Allan Sila.

This comes barely a day after Machakos Governor and Maendeleo Chap Chap party leader Alfred Mutua has said he is ready to drop his 2022 presidential ambition for ODM leader Raila Odinga.

“We are a party that believes in changing the lives of the less privileged Kenyans. We have looked around and the only person we believe can change this country is Raila. He has been there and we know once he ascends to power he will make Kenya a better place,” Mutua said.