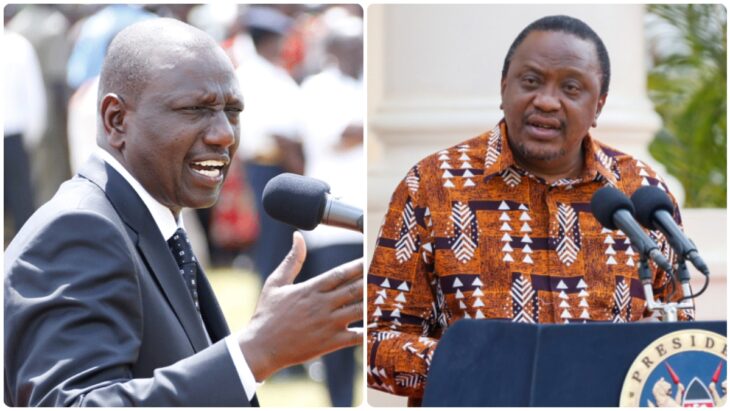 During his State of the Nation address on Tuesday, November 30, the first in command revived plans to revisit BBI saying the country lost immensely in the botched constitutional amendment bid.

But Ruto who is on a two-day tour of Machakos County to campaign ahead of his titanic battle for the presidency with ODM leader Raila Odinga said amending the constitution will have to wait until we stabilize our economy.

“Changing the Constitution will have to wait until we improve on our economy,” said Ruto, who was a fierce critic of BBI.

The deputy president further reiterated that Kenyans are not ready to embrace the botched Constitution Amendment Bill 2020 as its main reason was not to unite the country as claimed by its promoters but to create more positions for leaders.

“I told them Kenyans are not ready to change the Constitution for the sake of adding powers to the Presidency and creating more positions in the Executive,” Ruto who was addressing rallies in Makueni said.

In his eighth Annual State of The Nation Address to the Joint Parliamentary Sitting, President Uhuru said that his initiative with ODM party leader Raila Odinga to implement the Constitution through the Building Bridges Initiative (BBI) as “an urgent task that Kenyans cannot ignore.”

“The need for political stabilization is the most urgent task facing Kenya today, and it is the foundation upon, which our greater justice, fairness, health, wealth, and security will be built on. For that reason, it shall happen,” he said.

The BBI process was nullified by the High Court in a ruling that was later upheld by the Appeals court before its proponents moved to the Supreme Court where the matter is still pending.