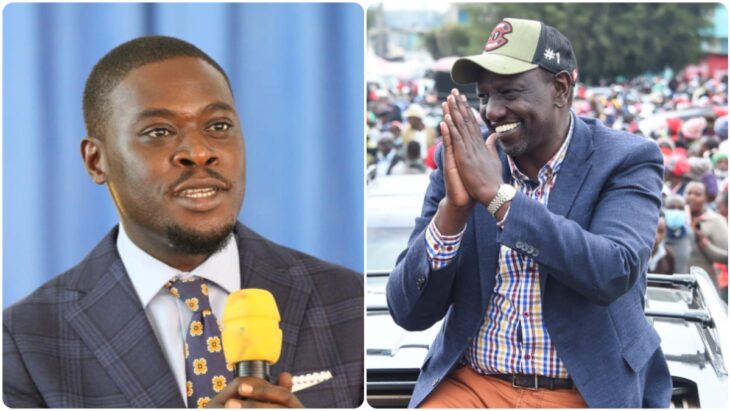 Nairobi Senator Johnson Sakaja has said he is open to working with Deputy President William Ruto in the August 9, General Election.

A section so city dwellers have asked Nairobi Senator Johnson Sakaja to join UDA, a party heavily linked with Deputy President William Ruto ahead of next year’s General Election.

Sakaja who was on a tour of the stalled Dandora Stadium on Wednesday, December 1, asked Nairobi residents which seat they would like him to use in the 2022 General Election.

“I have stood with you all this time, would you support or abandon me? Which seat should I go for and under which party?” Sakaja posed to which residents replied governor on UDA Party ticket.

Sakaja who was accompanied by UDA allied lawmakers including nominated senator Millicent Omanga and her Nakuru counterpart Susan Kihika later took to his Facebook page saying he was listening to the ground and that he will go as directed.

“Together with the Senate committee and county government, we are determined to make sure the Dandora Stadium is completed,

“This stadium affects thousands of our young people and is 65 percent complete. Grao lazima,” Sakaja said.

Sakaja has been vocal in drumming up support for ANC Leader Musalia Mudavadi as the best presidential candidate to take over power from retiring President Uhuru Kenyatta.

“Jubilee party and about ten other political parties that we have been talking to want to support Musalia Mudavadi,” Sakaja told a Church Service at Christ the King Cathedral, Nakuru in July.

However, in what appears to be a slow shift from the One Kenya Alliance, the youthful legislator has in the recent past not been seen accompaning Musalia Mudavadi.

His entry into UDA will likely complicate matters for Deputy President William Ruto as former assistant minister Margaret Wanjiru, a UDA die-hard supporter, has made it public that she will be seeking the Nairobi gubernatorial seat on a UDA ticket.