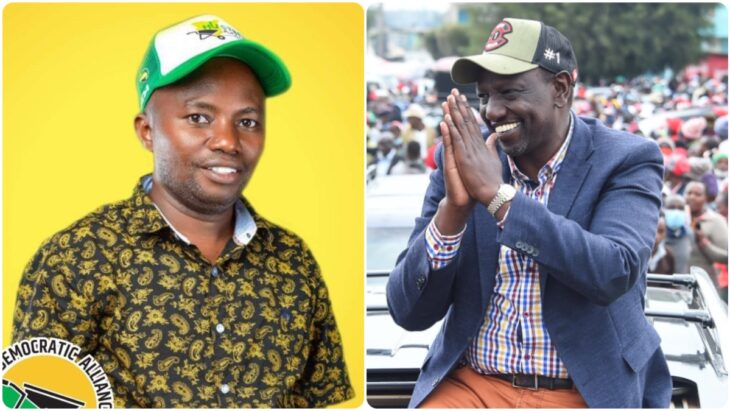 Deputy President William Ruto’s party UDA has bagged another electoral seat in the huge voting bloc in what appears the recently rebranded outfit is gaining support in the Mt Kenya region.

Deputy President William Ruto’s party UDA has bagged another electoral seat in the huge voting bloc in what appears the recently rebranded outfit is gaining support in the Mt Kenya region.

The deputy president said the win demonstrates that the Hustler Nation is strong adding that Kenyans have accepted the UDA party as a national political party for all.

“The People of Kiagu and Mahoo wards in Meru and Taita Taveta counties have given the economic agenda of the Hustler Nation a big thumb up,” Ruto said in a Tweet on Friday, December 17.

While conceding defeat after his Chama Cha Kazi (CCK) political party emerged second, outspoken Gatundu South MP Moses Kuria stated that the electorate had sent a strong message that the future of Meru, Mt Kenya region, and Kenya at large lies in the hands of his party.

“For a party that was registered on 17th August 2021, we have done very well. For 3 months that I have been in a hospital bed till now, you have demonstrated that you believe in our Kazi Na Pesa message of jobs creation and entrepreneurship,” Moses Kuria wrote on his Facebook page.

Kuria who is set to undergo stem cell surgery in Dubai after the MP’s feet got burnt, maintained that CCK is not a regional, ethnic party, or small party saying the political vehicle will do wonders during the August elections next year.

“We deserve respect or in the absence of which the least we request is less pride and less contempt. 2022 here we come,” he added.